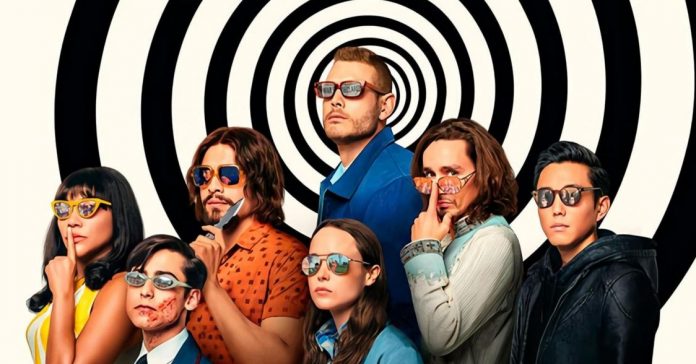 In November, fans of Netflix’s The Umbrella Academy received exciting news when it was announced that the series had been officially renewed for a third season.

“With time travel, you never know where it will end. Season 3 of The Umbrella Academy is on its way,” Netflix tweeted late last year.

On the other hand, a recent tweet from David Castañeda, who plays Diego Hargreeves in the series, moved The Umbrella Academy fans by giving hope about what will happen in the next season.

According to Netflix, Ben (Justin Hong-Kee) is now a Machiavellian strategist, cloaked in a pretty boy body with a rumbling squid inside. As vicious, pragmatic, and hypervigilant, Ben is determined to earn his leadership status at all costs.

In turn, the rest of the new members of the Sparrow Academy also received descriptions, which you can read below. Similarly, Marcus (Cornwell) is described as graceful yet deadly, calculating yet compassionate, and as smart as he is strong.

Season 3 gonna blow the socks off the closet. @UmbrellaAcad
Get at me bih.

Similarly, Fei (Oldford) sees the world in a special way and presents himself as a misanthrope who would rather be alone than spend a second with you.

So Sloane (Rodríguez) is the dream heroine who wants nothing more than to leave the Academy to explore the world, and Jayne (David) is known for rejecting team exercises, despite possessing a sense of loyalty that keeps home tied.

Don’t forget that the other seasons of The Umbrella Academy are available on the Netflix platform.