Home Entertainment More images of the set of the TV show Fallout have leaked... 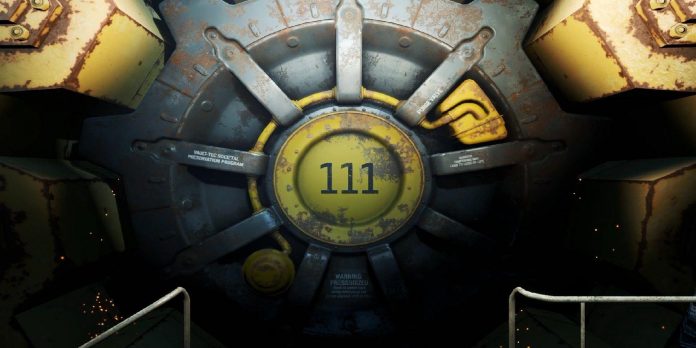 When the Fallout TV series was announced in 2020, fans of the iconic Bethesda franchise were excited to see what the adaptation of the post-apocalyptic setting would look like. Since then, fans have gradually received more details after the initial announcement of the show, and every month more and more details about the Fallout series have dropped out. Now that the Amazon Fallout show is in production, people have a better understanding of what will be in the series, and how much it matches the source material.

Previously, in the leaked images from the Fallout series, fans could see a Super Duper Mart that looks like it was ripped right out of Fallout 3. Now there are several more images showing the Shelter, something that any Fallout fan is probably familiar with, since these are giant bunkers in which many people have decided to live to survive the apocalyptic events of the Great War.

Despite the fact that there is a society outside the Fallout Shelter, many people still prefer to live in the safety of the great underground settlements. Like many Fallout adventures that begin in a Hideout, it’s likely that in the Amazon series at least part of the story will revolve around one of them. Judging by the images leaked online, the designers of the series strive to be as accurate as possible so that the Shelter shown looks as if it was taken directly from the video game Fallout.

Those who have played Fallout 3 will probably see something they recognize in the leaked images, especially related to the early part of this game, where the player will have to relive his early childhood in Shelter 101. Although these sets of images and images of Super Duper Mart definitely brings the atmosphere of Fallout 3, it is unknown whether the narrative of the TV show Fallout is inspired by one of the parts of the game franchise.

In any case, it is believed that the Fallout series will go in a completely new direction, giving fans something they have not seen before. Walter Goggins will play the main role in the Amazon series Fallout, and it is assumed that he will play a Ghoul in the series. If the ghoul became the main character of the show, it would be the first time Fallout provided players with a non-human protagonist, which fans have been asking for for a long time.

It is reported that Fallout is in production.