Home Celebrity More details about Brianna and her family’s future 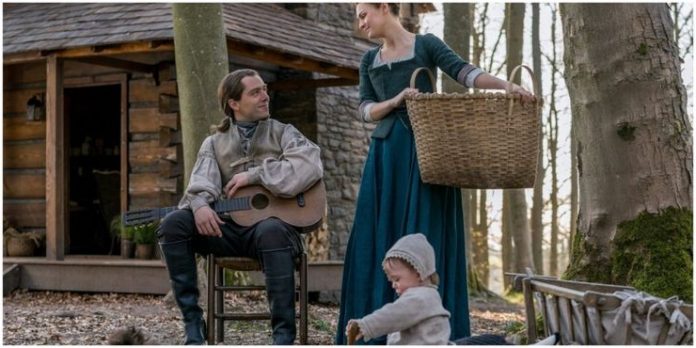 The cast and crew of Outlander are finally back on set and ready to begin production, the beloved stars are entering a production bubble and have read some of the new scripts.

In turn, they have started hinting at what Outlander fans can expect when the time travel drama returns. As the longest-running Droughtlander in history continues to advance, here’s what we know so far about Outlander season 6.

Recall that the sixth season of Outlander is mainly inspired by Diana Gabaldon’s sixth book, A Breath of Snow and Ashes. Season 5 already had plot points from book six, in particular, they pulled Stephen Bonnet’s death out of the book, as well as a brutal attack on Claire.

“Jamie (Sam Heughan) and Claire (Caitriona Balfe), their love deepens; Roger (Richard Rankin) and Brianna (Sophie Skelton) have their own journey, and something fun and new happens with them, ”said showrunner Davis.

“Caitlin O’Ryan, who plays Lizzie, has a great story and is a phenomenal actress. There are so many exciting things, ”Davis added.

Don’t forget that Gabaldon’s sixth book takes place in the years leading up to the Revolutionary War in America. It begins in 1772 when the Frasers and the MacKenzies meet at Fraser’s Ridge in North Carolina.

For his part, the governor asks Jamie (Sam Heughan) to help protect the colony for the king, but knowing that those who remain loyal to the crown will end up dead or in exile. There is also a report from The Wilmington Gazette dated 1776 that reports the death of Jamie, along with his family.

Likewise, in the special video clip, Sophia Skelton also gave fans a hint about what season 6 has in store for Brianna. Similarly, the actress hints to fans of the Starz series that they are going to see a modern Brianna, as her inventor cap will be on.

However, many believe that Skelton released a spoiler with the word modern, due to a theory that Roger (Richard Rankin), Brianna and her son Jemmy could travel back in time once again and return to the 20th century.

Similarly, the sixth season of Outlander will feature 12 episodes, as will season 5. It is expected to premiere on Starz in fall 2021.