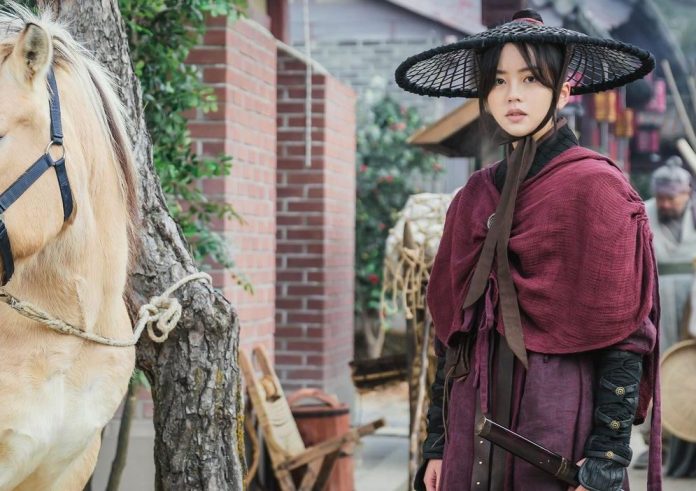 The production of the historical K-drama River Where the Moon Rises continues its promotions with more images and videos of the main characters of the plot, played by actors Kim So Hyun, Ji Soo, Kang Ha Neul, Choi Yoo Hwa and Lee Ji. Hoon.

A new video and stills were released recently with more details about the peculiar love story between On Dal played by Ji Soo, accompanied by Kim So Hyun as Princess Pyeonggang and the obstacles they will have to face.

River Where the Moon Rises is the adaptation of a tale from the Korean tradition, it is written by Han Ji Hoon, famous for K-Dramas like “Woman of 9.9 Billion” and “Temptation”, and directed by Yoon Sang Ho from “Saimdang. , Light’s Diary “and” King Maker: The Change of Destiny “.

The adaptation of the folk tale recounts how a man despised by all named On Dal (Ji Soo) foolishly sacrificed himself and let himself be used as a tool for Princess Pyeonggang (Kim So Hyun), also known as Yeom Ga Jin, to achieve the throne.

The latest release of River Where The Moon Rises, shows more details of the context surrounding the protagonists, with On Dal’s father, General On Hyup (Kang Ha Neul), surprised by the announcement of the arrival of the Queen. Followed by devastating devastating assault on a village.

While On Hyup tries to stop the attacks, a little Pyeonggang played by the inantile actress Heo Jeong Eun appears terrified as she witnesses the horrible battle.

In the sequence the order is also heard: “Kill the King of Goguryeo.” While Princess Pyeonggang, who is now an adult, draws her sword and points it at someone. It follows the picture of Hae Mo Yong (Choi Yoo Hwa), a woman determined to control the country, and Go Geon (Lee Ji Hoon), an elite general who will complicate the story.

In the midst of so much violence, details of the love story between Pyeonggang and On Dal emerge. He tells her, “Don’t hurt anyone from now on and protect yourself. Your life is precious ”. Pyeonggang smiles softly before she reveals that she is a princess. He hands her a golden object and says: “With this, we are on the same side.”