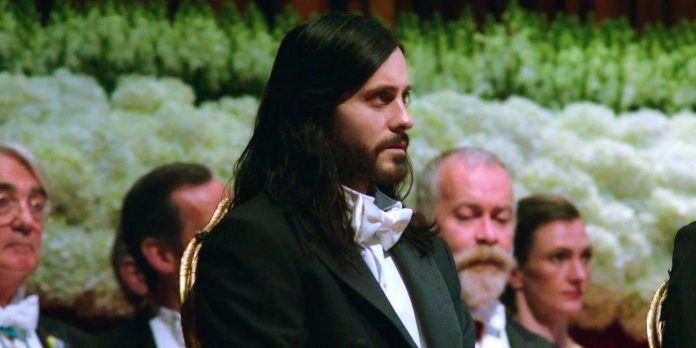 A well-edited fan video is an Oscar ceremony where Jared Leto and Morbius receive all the awards. Following the success of 2018’s Venom, Sony began expanding its own universe, which focuses on a number of Spider-Man comic book villains. The most recent addition to Sony’s Spider-Man universe was this year’s Morbius, in which Leto starred as the film’s protagonist, Dr. Michael Morbius, and followed his attempts to cure his rare blood disease, which eventually led to his transformation into a living vampire. .

Morbius’ theatrical release was not only met with an incredibly cold reception from both critics and fans, but the film also became one of the biggest box office drops of a Marvel movie over the second weekend. However, after its release, Morbius found itself in the center of a storm on social networks, as a result of which the film became widely “famous” with a series of parody memes and posts, which even led to the phrase “This is the time of Morbin”. As a result of this newfound popularity, Sony decided to re-release Morbius just two months later, which led to extremely disappointing results.

A new video created by fans takes the jokes around Morbius one step further, presenting an incredibly successful night for the film at the Academy Awards ceremony. This parody, posted by Rorio on Youtube, uses a mixture of clever editing and voices created by artificial intelligence to create a bizarre video in which many celebrities, including Judi Dench and Morgan Freeman, praise Morbius and support the film in the fight for a major Oscar win. The video culminates in Leto’s long speech, which includes his infamous “catchphrase.”

The reaction to Morbius on social media has certainly been unprecedented: Leto previously shared a video in response to jokes in which he can be seen reading a fake script called “Morbius 2: The Time of Morbin.” As Sony is now eyeing its upcoming SSU projects, including Madame Web and El Muerto, as well as Venom 3, news related to any sequel to Morbius has not yet been confirmed. In the final credits scene of the film, Dr. Michael Morbius met with the Vulture from Spider-Man: Homecoming, teasing a potential team of Sinister Six in the future, a scene that generally caused a mixed reaction from the public.

Since the attention to “Morbius” seems to have cooled somewhat in recent weeks after its re-release in theaters, this video perfectly highlights the level of parody that has surrounded the film since its first release in theaters. It is not entirely clear whether Morbius’ intense memification is a blessing or a curse for Sony, since although the film did not score at the box office, it has retained considerable relevance thanks to these unconventional means. At the moment, it’s fair to assume that Sony will hope to achieve the perfect balance of both box office success and social media popularity next time.