Home Entertainment Morbius: The Vampire Of Marvel And Sony Is Seen In A New... 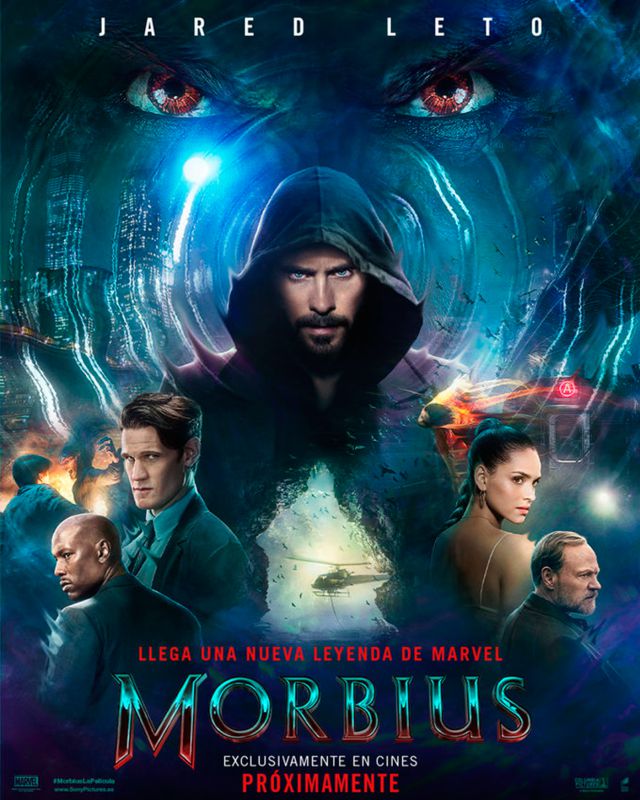 Morbius: The new film of the vampiric antihero of the Spider-Man universe shares a new promotional image with all its protagonists: in theaters on April 1. Morbius, the next Sony Pictures movie with Marvel about the antihero of the Spider-Man universe, presents a new poster for its theatrical release on April 1, 2022 after its umpteenth delay. Thus, this new promotional image shows us the main protagonists of it, with Michael Morbius in the center under the fearsome eyes of his vampire alter ego, played by actor and singer Jared Leto. Along with the protagonist we see the rest of the cast with Matt Smith (The Crown), Jared Harris (Chernobyl), Adria Arjona (True Detective) and Tyrese Gibson (Fast & Furious Saga, Transformers Saga).

New poster of Morbius from Marvel and Sony Pictures

Thus, this new poster, despite the fact that it does not offer new clues about the plot, does let us see its main protagonists in detail. “One of Marvel’s most compelling and conflicted characters comes to the big screen with Oscar winner Jared Leto transformed into an enigmatic anti-hero, Michael Morbius. Dangerously ill with a rare blood disorder, and determined to save others suffering the same fate as him, Doctor Morbius makes a desperate gamble. What at first appears to be a radical success soon triggers a darkness within him. Will Good prevail over Evil? Or will Morbius succumb to his mysterious new needs?” reads the official synopsis for him.

Let’s remember that Morbius belongs to the so-called Sony’s Spider-Man Universe, a shared universe of movies with characters related to the arachnid superhero that has already had the occasional crossover with the UCM, either through the fleeting journey of Tom Hardy’s Venom through a change of universe caused by Doctor Strange in Spider-Man: No Way Home or by the surprising presence of Michael Keaton’s Vulture in the trailer for Morbius, the villain of Marvel Studios’ Spider-Man Homecoming. As a curiosity, Morbius mentions Venom in his last preview.

Big Brother: Why Blindsiding Pooch Was Smart Gameplay (and Why It’s...

The marriage of George Jones and Tammy Wynette could not survive...