Home Entertainment Morbius: Jared Leto Delves Into The Lore Of The Vampire In A... 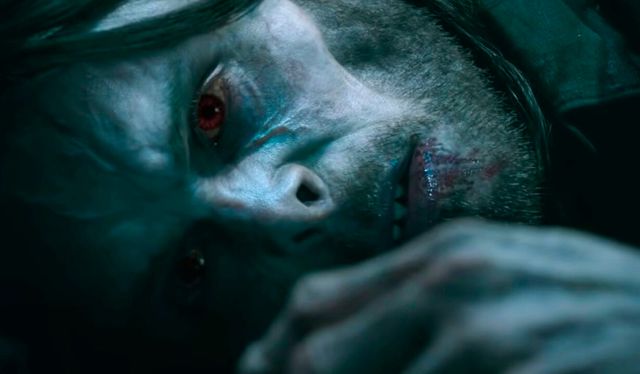 Morbius: Sony Pictures shares a new preview with its leading actor and announces that the final trailer will arrive on Monday: theatrical release on April 1. Morbius, the next Spiderverse movie from Sony Pictures together with Marvel, presents a new trailer in which its leading actor, Jared Leto, delves into the lore of the vampire antihero, all through a fleeting interview with the famous performer and singer Oscar winner. In addition, Sony has confirmed that the final trailer for Morbius will arrive next Monday for its theatrical release on April 1, 2022 after its numerous delays.

Thus, this new trailer entitled The lore of Morbius and that you can see heading this news, shows us new scenes from the film never seen before along with others recycled from previous trailers, as well as an interview with Jared Leto in which the actor talks about the lore of the character and what the figure of Morbius represents in the Marvel comics, in addition to anticipating that with the arrival of the vampire in the Marvel universe, the darkest version of this will be explored.

In addition, Sony Pictures has taken the opportunity to announce that the final trailer for Morbius will arrive next Monday for its final theatrical release on April 1, 2022, in the hope of clarifying a little more in which arachnid universe it is located. regarding the MCU and Sony’s Spiderverse.

And we all remember the clues that the previous Morbius trailers left us, in which Michael Keaton’s Vulture (the villain of Spider-Man Homecoming) appeared along with Spider-Man posters with “murderer” graffiti in reference to the ending of Spider-Man: Far From Home, albeit showing Tobey Maguire’s suit. But it is also that in the past Morbius advance made direct reference to Venom. Many questions to be resolved in the next film of the so-called Sony’s Spider-Man Universe.

Pokémon Unite for Nintendo Switch: When Can We Play and Download...