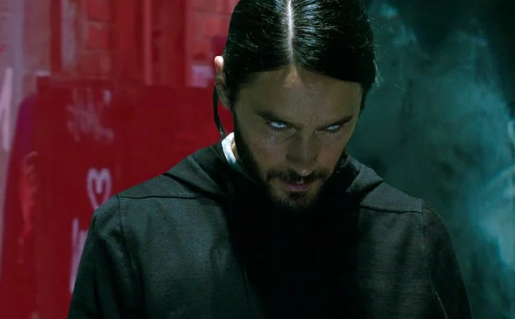 Looking at the trailers, it becomes clear that several Spider-Man teasers and other moments were cut from the real Morbius movie shown in theaters.

Morbius hit theaters and revealed that several moments from the trailers were cut, including some of the biggest Easter eggs and Spider-Man teasers. The film starring Jared Leto as the titular Dr. Michael Morbius was positioned as the birth of a new Marvel legend in Sony’s Spider-Man universe (and a larger multiverse including the MCU). However, almost all of these connections have been cut, including several other key points shown in the trailers.

Born with a rare blood disorder, Michael Morbius has dedicated his life to finding a cure for himself, his friend Milo (played by Matt Smith) and everyone who suffers from their disease. Resorting to more dangerous and unconventional methods, Morbius focused on vampire bats and their ability to split blood when consumed. Having created a serum by combining the DNA of bats with human ones, he tested the “medicine” on himself. Although it seemed to work and even gave him strength, bloodlust and vampire transformations turned the medicine into a dark curse. However, it turned Morbius into a kind of antihero, like in Marvel comics.

However, several points that could link Morbius to the rest of the Spider-Man films, as shown in the trailers, were not found anywhere in the film itself. Several interesting Easter eggs were cut out, as well as whole scenes that were hinted at were removed. Here’s every Spider-Man teaser and more from Morbius trailers that ended up being nothing more than trailer bait.

“Morbius” cut a teaser about Spider-Man “Killer” from trailers
The biggest remote teaser, of course, was the image of the spider catcher himself. After escaping from prison and being on the run, Morbius walks down an alley in New York, where you can see a poster of Spider-Man covered with graffiti, on which he is called a murderer. While this is an implied reference to Tom Holland’s Peter Parker and his post-Spider-Man: Far from Home status after Mysterio made him look like a killer, Tobey Maguire’s Spider-Man image on the poster was certainly strange (not to mention Morbius’ existence). in a separate universe). Also, oddly enough, this is a screenshot of Maguire’s downloadable costume for the PS4 Spider-Man video game. At the same time, the poster was nowhere to be seen in the same frame as in the full movie.

Interestingly, director Daniel Espinosa recently confirmed that the Spider-Man poster was not something he ever used in his film, and was instead added by those who created the trailers. While this explains the weirdness of it being Tobey Maguire’s Spider-Man, while the graffiti references Tom Holland, it’s only natural that some might still find it disappointing, actually showing a connection that wasn’t there to begin with. However, the Spider-Man poster is not the only thing that has been removed.

Another important discovery and connection with Spider-Man was the addition of an Oscorp to the city skyline in Morbius trailers. However, the iconic building and company created by the Green Goblin, the archenemy of Spider-Man, also did not make the list. Its removal could be related to Sony’s attempt to prevent speculation about which Spider-Man exists in their cinematic universe, given that the building played a prominent role in the films “The New Spider-Man” starring Andrew Garfield. Although the skyscraper shown in the Morbius trailers is different from what can be seen in the Garfield films, the logos have remained the same.

Everything else, a Morbius movie cut from trailers

It’s no exaggeration to say that almost every moment of the trailer, with the exception of larger computer graphics frames, can only be found in the trailers themselves. Although Michael Keaton’s MCU Vulture was featured in Morbius, he was briefly in the post-credits scene. The conversation he saw with Morbius in the trailers while he was still in custody never took place. In addition, Morbius’ conversation with Dr. Emil Nicholas (Jared Harris) about the risks that “the medicine will become worse than the disease” was shortened. There was no conflict in the forest with the authorities either, as they teased. Even the moment when Morbius sings Beethoven’s “To Elise” was removed from the film. Although it is likely that the test screenings combined with the success of “Spider-Man: no way home” led to some of these cuts, it’s certainly disappointing if any viewers were hoping to see the moments they saw in the trailers of “Morbius.”