Home Entertainment Morbius: Brutal Scene Of His Transformation, New Poster And Opening Of The... 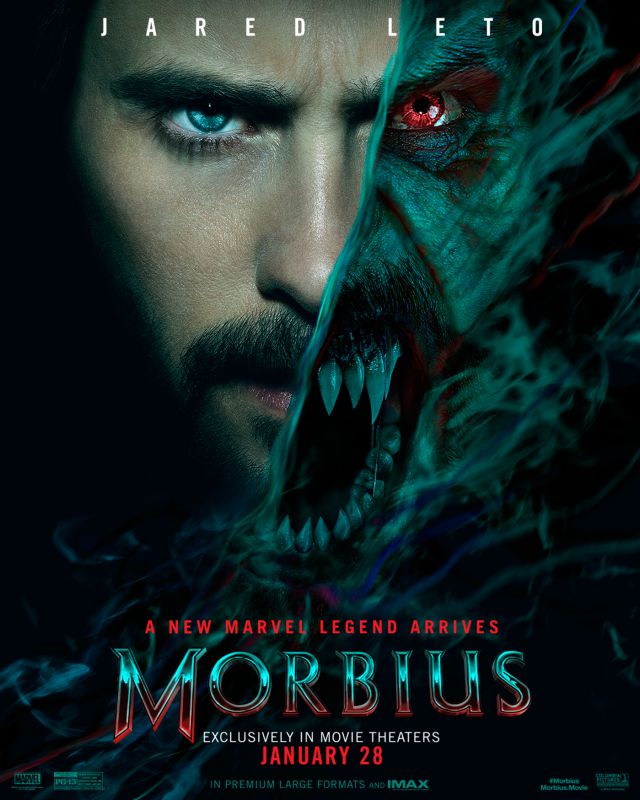 Morbius: The new film from Sony Pictures and Marvel shares a terrifying vampire scene along with new statements from Jared Leto about the multiverse. Morbius, the next Sony Pictures film with Marvel with actor and singer Jared Leto as the main protagonist, continues to share new promotional materials with a view to its theatrical release at the end of next January 2022. So much so, that we have a new exclusive scene from the film with Spanish dubbing, as well as a new poster with a close-up of Michael Morbius, both in his normal and transformed version. In addition, Jared Leto himself has shared a video clip in which he explains various things about the film, in addition to mentioning Spider-Man No Way Home, the multiverse and … the sinister six?

Thus, this new scene that we can see heading this news shows us several minutes of footage with Spanish dubbing in which Morbius is in the hold of a ship, apparently, returning from the search for his healing. But the mercenaries also on the ship will soon provoke a Morbius in full transformation, unleashing a veritable bloodbath and terror as Morbius hunts down the attackers.

On the other hand, we have a shocking new poster with a close-up of Jared Leto, half as Michael Morbius, half as Morbius. And as if that weren’t enough, the actor himself stars in a video clip in which he speaks openly about what Morbius represents for the multiverse that is currently opening up between Sony Pictures and Marvel Studios:

“The film version of Morbius that we bring you now is also part of a much larger universe. If you’ve seen the latest trailer for Spider-Man No Way Home, you’ll know that the multiverse has officially opened up, and that there are all kinds of opportunities for the villains to reunite, prosper, and perhaps even fuel their most sinister intentions. That’s all I’m going to say for now, ”Leto concludes.

Customer Confronts DoorDash Driver After Catching Him Eating Her Food