Home Sport Morata, a historical and balsamic goal in the sea of red and... 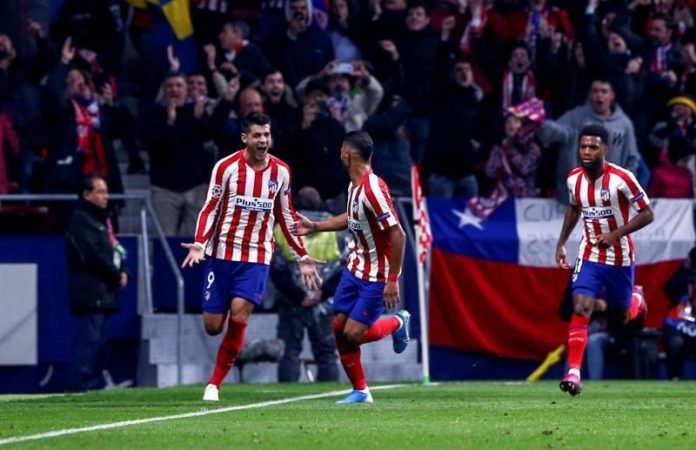 Madrid striker Alvaro Morata solved a bad game of Atletico Madrid with his German Bayer Leverkusen, a historic goal that makes him the first player to score with Atletico and Real Madrid in the Champions League, in the current sea of ​​doubt which is the rojiblanco set.

The Madrid, who turns 27 today, started as a substitute last night in the Wanda Metropolitano, was incorporated in the 70th minute instead of Captain Koke Resurrection, scored headlong after 8 minutes of entering the game and with his both rehabilitated Atlético, that came from suffering five draws in the last seven games.

“How my team needed it and how I needed it, do not fuck. Football is like that, the other day we deserved more and today we have the three points at home, it is important,” he admitted, released, the Madrid tip in the mixed zone from the rojiblanco stadium after the match.

Somewhat historic, it already makes Morata the first player to score in the Champions League with the two great Madrid teams, and Atlético in the fourth shirt with which he has celebrated a goal in the European competition, since in addition to Atlético y Real has scored in ‘Champions’ for Italian Juventus and English Chelsea.

The data, beyond curiosity, reveals the entity of the Madrid striker, who at his 27 autumns has offered so many where he has been, and not precisely in smaller squads, since in all those sets he has held titles, except for Atlético , which arrived in the middle of last season.

“I don’t care much, I wish I could have been here long before and scored many more goals in ‘Champions’ and I hope there are many more,” Morata said when asked about that milestone.

Certainly, the data does not go beyond being a curiosity within the panorama of Atlético, worrying about the game and the sensations offered by a team that has five draws in the eleven official duels of this course and that costs a world to mark: He has barely held 13 goals in 12 official matches.

Before Bayer Leverkusen, despite the final victory, Atlético showed a tremendous difficulty to govern the match: he barely had two shots on goal (one of the Brazilian side Renan Lodi and Morata’s header that ended in goal), he made fewer shots in general than his rival (6 to 10) and had a tremendous inaccuracy, to the point of hitting only 65% ​​of passes at close range compared to his usual average, which is 80%, according to UEFA.

Neither the internal circulation nor the game by bands, maximum source of danger of the rojiblanco offensive system at the beginning of this season with the depth on the sides of Lodi and the Englishman Kieran Trippier, worked, since Atlético barely forced two corner kicks , by seven of the German group.

The bad game of the rojiblanco team was punished from the stands of the Wanda Metropolitano, which came from seeing a frustrating draw against Valencia – which Atlético started winning but was tied in 81 and could even lose – and showed its disagreement with whistles , addressed to both coach Diego Pablo Simeone and Captain Koke Resurrection, which is not going through a good time.

They were not majorities, but they were audible enough to clearly show some division of opinions about the midfielder’s performance or coach’s decisions during this campaign.

“People always do what they feel and what they see in those moments, because it’s football. I remember the time of Luis Aragonés, Caminero, Kiko … They’ve whistled us all. People want you to play well today, but Koke when you leave the locker room you will have the gratitude of the Atleti people. We have to look for those whistles to become applause, “said the coach after the meeting.

Morata also defended Koke after the game: “I think he is the most important player we have, he is our captain, I wish we could all run and work like what Koke does, and with 11 players like him we would always win,” said the forward.

The whistles of the stands – insist that they were minority – reinforce the feeling of dissatisfaction of at least a part of the fans with the performance of a group, which despite everything is still willing to compete for everything, despite its obvious downturn in game and results.