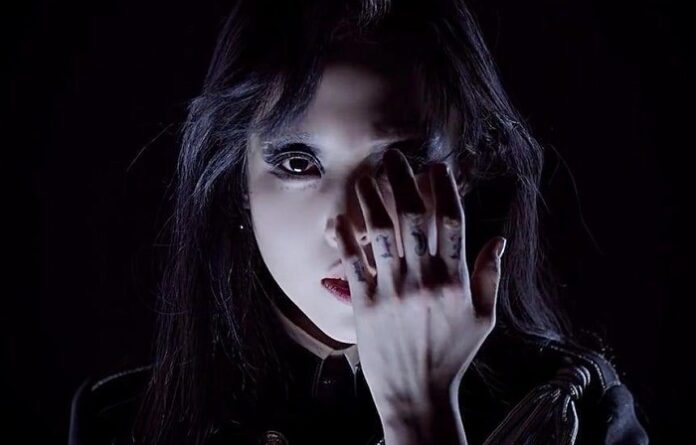 The Mamamoo rapper will be featured in a special show from the VLive platform. Moonbyul of Mamamoo offer its first online show called ‘MOON 1st ontact Live’.

The idol born on December 22, 1992 in the city of Bucheon in South Korea has had a successful career as a rapper with her group and alone, although Moonbyul originally debuted with Mamamoo , the idol has managed to position herself as a recognized singer .

In a solitary way, the single ‘ Selfish ‘ debuted with the premiere , a collaboration in which she joined her talent to Seulgi from the girl group Red Velvet , this track was released on the market on May 23, 2018 and so far the official clip of The song has over 18 million views on 1theK’s YouTube channel.

The artist of the company Rainbow Bridge World released the album ‘Dark Side of the Moon’ on February 14 of this year, from which the promotional song ‘ Eclipse ‘ that showed the roughest and most mature side of Moonbyul was detached .

Through Mamamoo’s social networks, the singer from ‘ Mirror ‘ has announced her first online concert called ‘MOON Ontact Live’, which will be available on the group’s official VLive channel and on the Naver site.

The performance of Moonbyul will be on May 30 at 7 in the evening hours South Korea , the tickets may be purchased from on May 18 through the same networks where the show will air.

Another K-pop group that is about to release new work are the guys from PLEDIS Entertainment, SEVENTEEN who revealed the first teaser for their first documentary that belongs to the ‘YouTube Originals’ series.