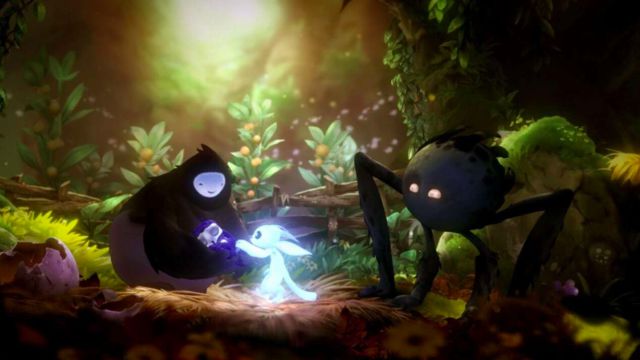 Moon Studios: The developer issues a long statement explaining that it was all jokes “between brothers” and apologizes if they have been able to offend someone. This week, the folks at GamesBeat published a lengthy report in which former Moon Studios employees accused its founders, Thomas Mahler and Gennadiy Korol, of sexism, racism, and bullying. Apparently, the creators of Ori and the Blind Forest would have been in the habit of, among other things, using swear words, making anti-Semitic jokes and publicly debating the size of their genitals. This would have caused multiple resignations within the company and would be one of the reasons for the continuous delays that Ori and the Will of the Wisps suffered.

To make matters worse, other journalists such as Jez Corden (Windows Central) have confirmed the information and added that this is precisely the reason why Microsoft has cut ties with Moon Studios. A few months ago we were surprised to learn that the developer’s next project will be published by Private Division and not by Xbox Game Studios, as it has been until now. According to Corden, this would be the explanation behind this change. In addition, the journalist adds that Thomas Mahler and Gennadiy Korol personally attacked Microsoft support teams and that after the experience, the Redmond company has decided to burn all the bridges that united them.

I can corroborate much of @deantak's reporting on Moon Studios. I was told Moon founders resorted to personal attacks/bullying towards Xbox's teams, burned all bridges.

Spoke with @Rand_al_Thor_19 on Xbox Two that I didn't think MS would work with Moon again, this stuff is why. https://t.co/mm8Ax5298b

What does Moon Studios say?

Now Moon Studios has responded to all these accusations. The developer has published an extensive statement in which it ensures that the GamesBeat report “is not representative of the more than 80 members of the team” and where it boasts of its cultural diversity, with personnel from more than 40 different countries. “If we have sometimes been brutally direct in our criticism and challenges, we have also been brutally direct in our praise. The result has been two award-winning games and we’re incredibly proud of the ones we’ve built.”

Still, the studio admits to having made some jokes in the team’s communication channels that could have offended sensitivities and apologize for it. “We appreciate the irony that an Austrian and an Israeli Jew have started a multicultural company. We see each other as brothers. And, as brothers, we sometimes argue and joke with each other. We have made jokes about our ancestors and many have been insensitive and may have made others feel uncomfortable. We are not perfect, but we care deeply about our people and are constantly working to improve. If we’ve hurt or made anyone feel uncomfortable, we’re sorry and we’ll do our best to do better.”

Here you can read the original GamesBeat report, which includes the full response from Moon Studios.

The Flash: DC movie starts filming and gets new logo