Home Science Why The Moon Was Lost 900 Years Ago 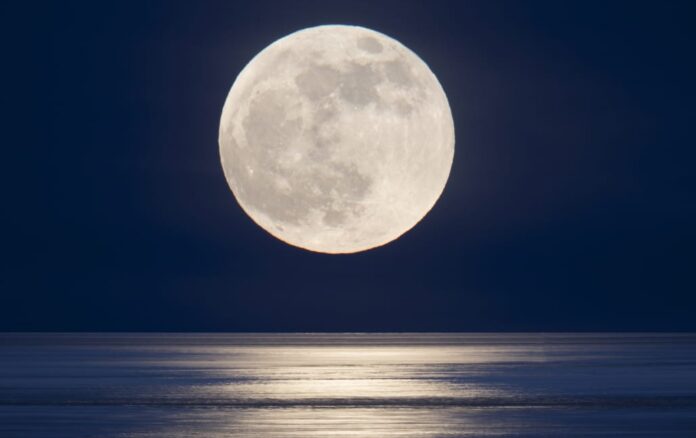 In an article dating from 1110, it was stated that the Moon disappeared from the sky. The researchers finally found an explanation of why this event might have happened.

According to the notes of an anonymous British historian, 1110 was a year full of disasters. On a May night, the moon disappeared from the sky this year, when heavy rains heavily damaged crops and famine on the British islands.

One night the Moon disappeared, so why?
In the records known as the Peterborough Diaries, this anonymous Anglo-Saxon historian added, “On the 5th night of May, the moon’s light is gradually getting weaker during the evening and eventually disappeared, and there is nothing to see.” On the other hand, the reason for this was not the clouds, because the historian appears to depict the stars in his notes. Also, the reason for the darkening of the Moon was not the shadow of our planet. If it were, he should have seen a bronze-colored blood moon. He would not see an empty dark spot in the sky.

So what caused the Moon to disappear from the sky? According to an article published in Scientific Reports on April 21, the reason for both this event and heavy rains that year were the same: volcano activities.

Forgotten volcano activities
The researchers stated that atmospheric optical phenomena have attracted the attention of historians since antiquity, while the studies made in ice cores indicate intense volcanic activities at that time. These activities took place in Asia or Europe between 1108-1110.

These activities, which are called ‘forgotten explosions’ by scientists because little information is recorded about them, are likely to form particle-laden clouds that have been around for years in the atmosphere. While this volcanic mass of gas continues to appear as stars, it may have sunk the Moon and become the cause of heavy rain.

Researchers found traces of volcanic eruptions at that time by examining glaciers in Greenland and Antarctica. It was noticed that the sulfate aerosols increased in the ice layers from the period between 1108 and 1110.

According to the records of 1110, drought occurred in 13 different regions in Europe where harvests suffered great damage in the fields. In 1108, explosions took place in an unknown region in the southern hemisphere and in the Asama volcano in Japan. This may have triggered environmental disasters.