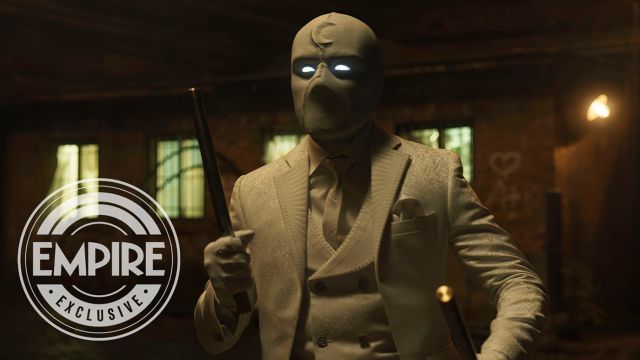 Moon Knight: New promotional materials arrive for the next UCM series that will premiere on Disney +: this is what Mr. Knight looks like through his first image. Knight Moon or Moon Knight, the next series from Marvel Studios as part of the UCM that will premiere soon on Disney +, shares new promotional materials, either through Empire magazine with an exclusive article that includes a first look at Mr. Knight or through a new television commercial on the occasion of the recent celebration of the Super Bowl in the United States, including footage never seen before, and that you can see on these lines.

Thus, for the first time we can see Mr. Knight in real action through the exclusive image shared by Empire magazine and that you can see below, another of Steve Grant’s personalities, also Marc Spector. And of course, the similarity with the comics is total, betting on the same white suit with vest and tie and the characteristic white mask with bright eyes.

“He’s brutal,” Kevin Feige tells Empire. “It has been fun working with Disney+ and seeing the limits of what we can do change. There are times when Moon Knight is crying over another character, and he’s strong and brutal, and the knee-jerk reaction is, ‘We’re going to back out of this, right?’ without going back. There is a change of tone. This is a different thing. This is the Moon Knight”, continues Feige in relation to the violence that the series will show. And it is that as we see in the new images, Moon Knight will not hesitate to use his characteristic leaves in the shape of a crescent, showing blood both on the weapon and on the knuckles.

On the other hand, a new poster for the series has been shared with a close-up of the actor Oscar Isaac and his mystical alter ego, in addition to a new television spot of just 30 seconds but that allows us to see a new look at action scenes from Moon Knight through never-before-seen footage.

Abbott Elementary Star Talks about What Makes Comedy So Special After...