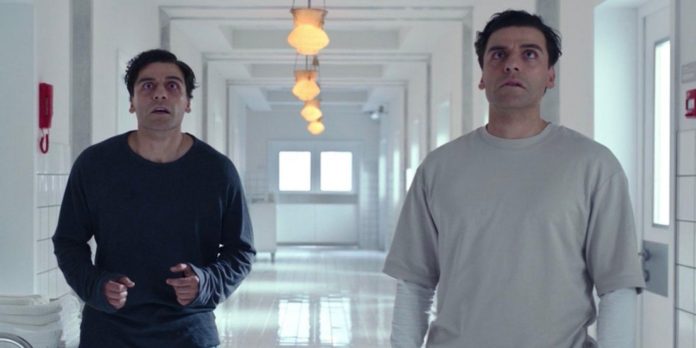 Playing two characters at the same time is often a difficult acting task, but it turns out that Oscar Isaac got the best help he could count on in “Moon Knight”, as shown in the last short of the series. Of course, Marvel Studios’ special effects make a big difference, but having his own brother as a stand-in certainly should have helped.

Towards the end of Marvel Studios’ Moon Knight, Mark Spector and Stephen Grant were finally able to share a few scenes together, apart from the spectacular use of mirrors that can be seen throughout most of the show, or intrusive dialogues whenever another superhero character took over. This constant guessing game may have given Moon Knight some of its unique MCU identity, although the show apparently failed to cement its status as one of Disney Plus’ most popular productions.

Now, as for what kind of help Isaac got to achieve such a performance, Moon Knight visual effects supervisor Sean Feiden explained that it all came down to using a combination of typical magic cameras that studios need whenever an actor needs a twin. Other methods include performing Isaac, listening to his own lines as another character he didn’t play in a particular scene, or simply engaging his brother and actor Michael “Mikey” Benjamin Hernandez reaching out on the set of “Moon Knight.” Feiden called the mirror scene in the first episode one of the most difficult, despite the fact that it requires various tricks.

Isaac was much praised for his performance in the series, where he ended up playing three different characters due to the secretive inclusion of the third identity of Moon Knight, taxi driver turned limo driver Jake Lockley. For those who did not know about Isaac’s brother before, the similarity between them is obvious. As such, he’s certainly the perfect doppelganger for any future Moon Knight appearance Marvel Studios might have in mind.

Given Isaac’s long resume as an actor, it’s hardly surprising to see him play so convincingly. Instead, what really puzzles Moon Knight is that the series is currently the only MCU product that doesn’t have any connection to the rest of the franchise. Despite the fact that this decision really paid off from a creative point of view, the end of the series leaves the door wide open for a possible sequel or tie-in to Marvel’s “Midnight Suns.”

Suffice it to say that Loki, the only other MCU series with a horror influence, stands above the rest of the fourth phase shows as the only one with a confirmed second season. However, with such unique tricks and thrills, Moon Knight proves convincingly that he should become the second.

Moon Knight is currently available on Disney Plus.

GeForce Now Arrives In Brazil Tomorrow With A Free Plan