Home Entertainment Moon Knight, From Secondary In The Comic To Star Of The MCU... 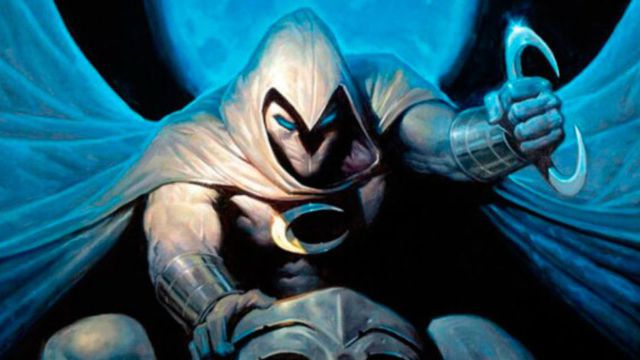 Moon Knight: The vigilante created by Doug Moench in 1975 is the protagonist of the next Marvel series, which will premiere on Disney+ on March 30. Moon Knight is one of those wardrobe staples in the Marvel universe that from time to time the publisher recovers either for its own collection, or to include it in one of its most important sagas, but it doesn’t quite come together. His debut came in August 1975 in the Werewolf by Night collection (#32) by Doug Moench. This was a series that departed from the classic superheroes and its vignettes were plagued by supernatural creatures. They were stories that drank from the tradition of the Pulp and that had come back into fashion once the Comics Code Authority’s veto of horror stories in comics had been suspended.

Doug Moench, who had taken over from Werewolf in issue #20, was looking for a charismatic antagonist for his main character, a werewolf named Jack Russell. The screenwriter drew a first portrait of a lycanthrope hunter with a red moon on his chest, armed with silver gadgets and baptized him Bloodmoon. Lein Wein, editor of Marvel color comics at the time and creator of Swamp Thing during his time at DC, didn’t like the name and asked Doug to offer him a dozen alternatives from which Moon Knight chose.

Chicago Fire Season 10: They confirm when Jesse Spencer will return...