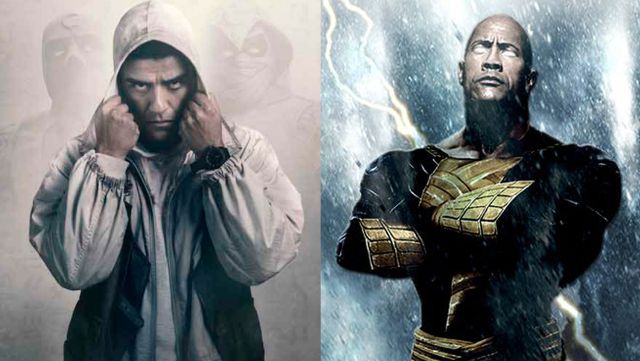 Moon Knight: Mohammed Diab, head of the next Marvel Studios series for Disney +, charges DC for not hiring Egyptian people. New controversy between Marvel Studios and DC / Warner Bros. in sight. And it is that the director of the next Moon Knight series for Disney +, Mohammed Diab, has criticized the null integration of a film like DC’s Black Adam for not betting on interpreters of Egyptian origin. So much so, that according to Diab, Warner Bros. has not hired Egyptian actors in a story that takes place in Kahndaq. This is how the Comic Book Movie media picks it up, highlighting the filmmaker’s statements.

Speaking about his production of Moon Knight, he “wanted to showcase the Egyptian talents as much as he could. Every culture needs to be represented by its people, so I hired actors, an editor, a costume designer, an art director and a composer who are all Egyptian,” says Diab.

“I was very upset that DC set Black Adam in a fictional Middle Eastern country as an excuse to hire non-Egyptians, when it obviously had to be in Egypt. Opportunities for representation should not be wasted. But it is not a complete mistake, since it is based on an iteration of the comics that does not mention Egypt, ”explains the director, trying to justify this decision.

It is not the first time nor the last that there have been clashes between the two companies, rivals in comics for decades and, now also, in superhero movies. Even so, we also find moments of encounter between both companies, as was the case with the famous post-credits scene of the Peacemaker series, which was shot in collaboration with Marvel Studios.

Moon Knight will arrive at Disney + on March 30, while Black Adam will not hit theaters until October 21, 2022, all after its latest delay along with the rest of upcoming DC releases, which have seen their respective dates changed. premiere.