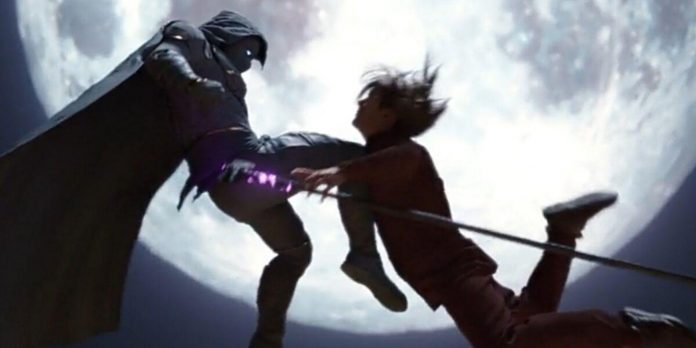 Movies based around Marvel Comics used to come from a variety of sources, owned by many different companies and completely unaffected by each other. One by one, every limb of Marvel’s on-screen presence has been killed or assimilated into the unending growth of the unstoppable Marvel Cinematic Universe.

Unfortunately, as detractors have pointed out for over a decade, the MCU has trouble differentiating its works in terms of tone. Their stories feel distinct and different, but, as crossover becomes more key to the franchise, less deviation from the cultural hegemony is tolerated. Unfortunately, the MCU’s specific tone doesn’t fit every work equally.

RELATED: Moon Knight: 10 Things Season 1 Sets Up For The Future Of The MCU

Moon Knight season one is out and fans are intensely divided. Most have praised Oscar Isaac’s performance and elements of the writing, while others have derided the show as too similar to its peers. Some of the harshest criticism has come from hardcore fans of the source material, who were incensed at the series’ many substantial changes. The treatment of the Mr. Knight personality was considered particularly offensive to some. The series’ marketing is a substantial culprit in this backlash, as the early trailers and posters seemed to be selling a much darker show than the one fans saw. Looking at the comic books that inspired the series does raise some questions about the series’ take on the character.

Fans of the Moon Knight comics likely went into the series expecting to see their hero crush criminals and cultists in gory action scenes while swapping through multiple personalities. The story they got focused far more heavily on globe-trotting adventure, comedic bickering, and battles between CGI monsters. The most violent moments took place out of costume and were often skipped over with the series’ blackout gimmick. Elements of its presentation seemed deliberately designed to bait and switch comic book fans. Mr. Knight looks note-perfect but acts as a British comic relief character that is almost the exact opposite of the source material. Every time the series seems prepared to let Marc off the leash against a non-CGI foe, it’s edited out to preserve the all-important family-friendly presentation.

The most distracting element of this blatant compromise with Disney’s squeaky-clean image is the way that it handles Marc’s mental state. The depiction of trauma and recovery is often chilling. Kids probably won’t feel much when exposed to the heavily cut-down violence, but it’s hard to imagine one being unaffected by the flashbacks in the later episodes. The dissociative identity disorder storyline that is extremely central to Marc Spector’s character is handled with a great deal of maturity most of the time.

The series occasionally gives in to the MCU’s biggest dialogue issue by undercutting its crushing melodrama with a gag, but it’s mostly played straight. Watching Marc deal with the possibility that he may have been in a mental institution the entire time is haunting in a way that does not gel with clumsily boxing against CGI jackal beasts. Each of these elements would be fine on its own. Moon Knight feels like the tale of two series in a way that often detracts from both. Moon Knight’s Egyptian mythology takes on the standard superhero action film and Marc’s psychological horror duel with guilt and madness cannot easily coexist.

This is not to say that Moon Knight’s narrative, nor any particular narrative, would be substantially improved by gallons of blood. This isn’t an issue of MPAA ratings, it’s an issue of consistent tone. The fate of the world battle against an all-powerful crocodile woman fails to feel sincere when it’s placed alongside Marc’s personal drama. Often one or the other feels tacked on to make both sell. The worst aspect of this problem is that Marvel used to understand how to handle this type of narrative.

Imagine Daredevil, Luke Cage, Jessica Jones, or The Punisher with the stakes, tone, or framing of Moon Knight’s action beats. The Marvel Netflix series took a sincere hand with real issues and set their action setpieces to match. The Punisher introduced a purpose to the character while letting Frank blast his way through criminals as always. Daredevil used martial arts action alongside legal procedural drama and neither ever felt out of place. The way Daredevil handled its action scenes, with grimy backdrops, semi-realistic blood, and intensely personal stakes would’ve perfectly fit the tale of Marc Spector. Those series were technically part of the MCU, but they were always treated as a different wing of the same reality. Every time a character from The Defenders franchise pops up, they feel wildly out of place in the MCU. Marvel has only grown less experimental over the years, sacrificing variety to avoid even the slightest risk.

Moon Knight handles its elements well, but there is always a discordant record scratch as it shifts between its radically different tones. The character would’ve fared better in Netflix’s take on the Marvel Universe and Disney would do well to broaden its horizon.

Where are all the downed satellites in CoD Warzone

How to Raise Morale in Fire Emblem Warriors: Three Hopes