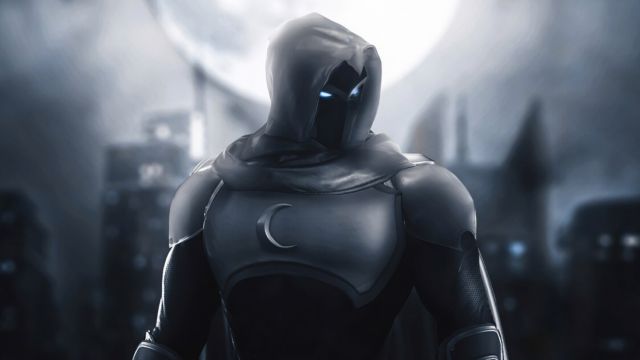 Moon Knight: The long-awaited new series, which will arrive on Disney + in 2022, is one of the most anticipated of the year. Here we have his first images with Oscar Isaac. Moon Knight (Moon Knight) is one of Marvel Studios’ big bets for its cast of 2022 series on Disney +. After a first year marked by productions such as Wandavision, Falcon and the Winter Soldier, Loki or Hawkeye, it is time to add new heroes to the equation who will become the icons of the future of the Marvel Cinematic Universe. We already know the release date of its first official trailer.

According to Hulu, it will be on the night of this Monday, January 17, during the NFL playoffs, the National Football League, when that first Moon Knight trailer is broadcast on ABC. It should be said that ABC belongs to The Walt Disney Company, so it is a strategic synergy. Considering the game between the Cardinals and Los Angeles Rams won’t air until 02:15 (CET) on Tuesday, January 18, we probably won’t see the trailer until then.

What we know so far about Moon Knight, available soon on Disney +

It is also to be expected that the premiere date of the series will be said, which is gradually gaining expectation. As far as we know at the moment, the production belongs to Phase 4 of the UCM and has Jeremy Slater as the main creator. The series will be based on the original work by Doug Moench and Don Perlin and will consist of 6 episodes with an approximate duration of between 40 and 50 minutes per episode.

Guatemalan actor Oscar Isaac, known for his role as Poe Dameron in the last three Star Wars movies, will star; Moon Knight, Marc Spector. The filming of the series finished at the beginning of last October. It is expected to be a more mature and darker series than usual as it is a character with dissociative identity disorder. The first official details of Moon Knight confirm that the character will be involved in a war of gods.

Famitsu To Celebrate ICO’s 20th Anniversary With An Interview With Fumito...