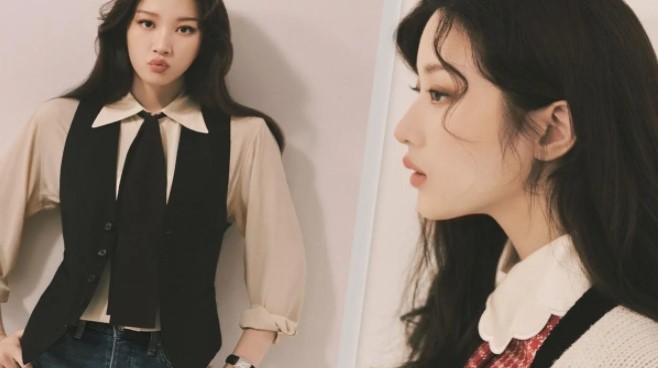 ‘Link: Eat and Love Til Death’ will bring us new adventures alongside such important actors as Moon Ga Young and Yeo Jin Goo, know all the details of this new South Korean series.

We have been able to enjoy the talent of Moon Ga Young in dramas like ‘True Beauty’, ‘Find Me in Your Memory’ and ‘Don’t Dare to Dream’, for example; The young actress already has an extensive career in South Korean television, which has given her great experience.

Thanks to her performance in acting, Ga Young has won many fans who admire her work and do not stop supporting any production in which she participates, she has also stood out as an actress in various films, of which ‘Twenty Again’ and ‘Eclipse stand out. ‘.

Moon Ga Young’s experience is unmatched and every time she is announced as part of the cast of a new K-Drama or movie, we know that her character will be portrayed with great quality, so maybe it’s time to dive into a new adventure with the Korean actress.

‘Link: Eat and Love Til Death’ is the new drama where we can see Moon Ga Young acting, when can we enjoy her episodes?

‘Link: Eat and Love Til Death’ will be a new fantasy and mystery drama, which will revolve around the story of a pair of twins, No Da Hyun, Moon Ga Youn’s character, and Eun Kye Hoon, played by Yeo Jin. Goo; He became a great chef and decides to open a restaurant, but his sister has not had an easy life and she has been quite unlucky, although exclusively for love.

Both of them will be united by their emotions and soon No Da Hyun will get into an irreparable event while looking for work, how will it affect the lives of both brothers?

What adventures will Link: Eat and Love Til ‘Death bring us? Surely in this drama we will have great settings and a very interesting story to live alongside Moon Ga Young and Yeo Jin Goo.

This K-Drama is expected to premiere in the first half of 2022, because for now only part of the cast and the synopsis of what this new drama will be about has been announced, so we still have to wait to be able to experience its premiere.

Surely this production will be very entertaining, with all the mystery and fantasy that surround the protagonists of this story.

Bella Thorne with a cut-out dress and a rose bouquet!

Chris Hemsworth, who portrays Thor, has shown ‘that they overcame’ from...