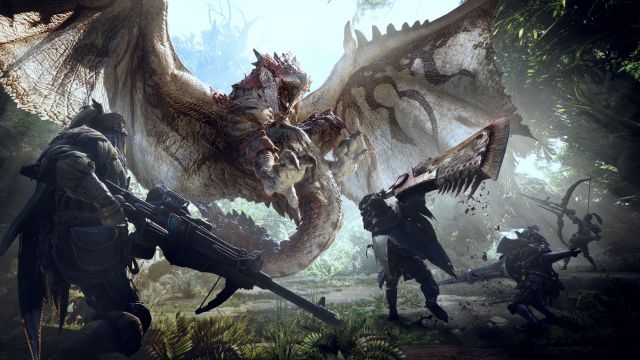 Monster Hunter World: Meanwhile, Resident Evil consolidates its success with more than 100 million games sold in total for the franchise throughout its history. Capcom continues to balance the accounts, and one of the main responsible is Monster Hunter World, whose success has led to a board game whose financing has been successfully concluded on Kickstarter, and even a movie. After four years of great benefits for the Japanese company, it has revealed concrete figures of its two most popular franchises today, such as Monster Hunter itself and Resident Evil, with their latest installments as the greatest exponents of success.

Specifically, Monster Hunter World has reached a whopping 17’1 million copies sold, with more than 300,000 in the last three months. Meanwhile, its Iceborne expansion adds another 500,000, accumulating a total of 7.7 million.

Monster Hunter Rise, exclusive to Nintendo Switch, has not done badly either, with 4.8 million games sold in just two months on the market, which brings us to a total of no less than 72 million copies for the franchise throughout its history. With the aforementioned film still to be released in many territories and the next Monster Hunter Stories 2: Wings of Ruin still to arrive in July, it is to be expected that those figures will only grow even more in the coming months.

Success, a constant in Resident Evil

Capcom has also announced that the start of Resident Evil Village has been generally – not so in Japan – very good, with 3 million units sold, and its multiplayer add-on, Resident Evil RE: See each other yet to come. In addition, we will soon see the premiere of an animated series on Netflix, Resident Evil: Infinite Darkness, as well as a film reboot that, they say, will be more faithful to video games than the saga starring Milla Jovovich.

Windbound Is Now Free On the Epic Games Store; Brothers: A...