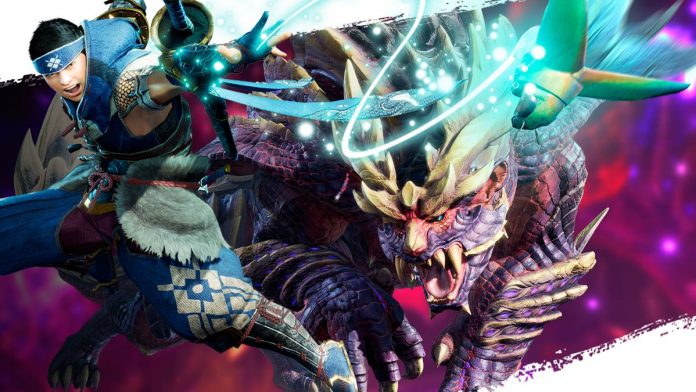 In a few days the latest installment of Monster Hunter will be released, so we bring you closer to the saga with a brief history and different tips for your beginnings.

Last September, Capcom announced some of the surprises that it had saved for a few years. In a Nintendo Direct Mini they confirmed two new video games of the Monster Hunter saga exclusive for Nintendo Switch: Monster Hunter Rise and Monter Hunter Stories 2: Wings of Ruins, although without a release date. All views were pointing towards Monster Hunter Rise when its first free demo and the first appearances of the beasts on the Nintendo Switch came out on January 8, in which you could perfectly appreciate how this game took advantage of every feature of the console.

However, we will be able to enjoy this video game and enter a world full of dangers, with wide scenarios and all kinds of creatures from next March 26, although in early 2022 it will also debut for PC. And, now well, have you ever been introduced to this saga? If the answer is no, keep reading to find out a little more about this video game and the different tips that will help you in your first fights.

What is Monster Hunter?

Monster Hunter is a series of action role-playing games that take place in a fantasy environment and began with the Monster Hunter video game for the PlayStation 2 in 2004. Over the years, this saga has continued to this day, with numerous spin-offs, updates, adaptations and new installments, the last main title being Monster Hunter: World. Monster Hunter games contain sparsely populated regions and monsters roam the environments freely, threatening small towns or research bases. Therefore, we will take on the role of a hunter who will serve to protect the villages and bases from these monsters, and usually help to investigate them. This is usually presented through a series of missions to kill or catch a monster, but can include other optional challenges as well.

The funny thing about this video game and what makes it so special is that, unlike other traditional role-playing games, our character does not grow and has no statistics or intrinsic attributes of any kind. Rather, the hunter’s abilities are defined by the specific weapons and armor selected from him. To do this, we will use the loot obtained by killing monsters, collecting resources and mission rewards to create weapons, armor and other improved items that allow us to face more powerful monsters and tackle more difficult missions. In fact, mission rewards are randomly generated, requiring us to kill the same monster repeatedly to get the correct pieces. Even when completing it, this saga offers a fairly wide endgame in which we will have to face the same monsters or some new ones and variants with higher ranges in difficulty, in order to obtain better results and more components for weapons and armor.

Since the series debuted, Monster Hunter has sold more than 66 million units across all titles, becoming Capcom’s second-best-selling series, after Resident Evil. His latest installment, Monster Hunter: World, has become the best-selling with more than 17 million sales, with the surprise that a higher percentage has been in the West. With the success of the formula changes defined by World, Capcom has decided to continue this approach with the next major title in the series, Monster Hunter Rise.

Starting on March 26, in Monster Hunter Rise we will be able to live a totally new experience, in interruptedly connected areas and with new monsters, which will be waiting to offer us new emotions and fun. In this new installment they have wanted to introduce notable changes in the gameplay and maintain certain aspects introduced in Monster Hunter: World. The maps will remain open without loading zones, we will continue to keep our companion, although they will add Canyne, a dog that we can ride to cross the map more quickly without spending resistance, and we will continue to save a village that suffered a catastrophe 50 ago years and now it’s about to happen again. You are invited to explore this ecosystem full of life in which you will face towering monsters and become the ultimate hunter.

Tips for your beginnings in Monster Hunter Rise

Before starting this saga you have to bear in mind that Monster Hunter is a game that requires commitment and dedication, to which you will have to dedicate many hours that will end up being part of your experience. As we explained before, we will fight against the same monsters over and over again to obtain materials to improve our equipment and, in this way, face much more powerful and difficult monsters. However, before starting a mission you will need to assimilate different aspects: weapons to choose from, monster weaknesses, materials you need, among others. This planning is undoubtedly the main key of Monster Hunter and what we will have to continually rely on in order to obtain a victory. Actual battles in Monster Hunter typically last between 10 and 30 minutes each, but all the planning can take you even more. And, although the biggest problem with Monster Hunter is usually the difficulty of understanding it, we want to introduce you to it with the following tips.

This latest installment will have a total of fourteen classes of weapons ranging from swords, hammers and bows, to gun launchers and crossbows, among others. Each weapon class has a unique set of combat maneuvers and reflects several different playstyles based on attack speed, damage strength, and the application of trade-offs to monsters and allies. In addition, combat gives “animation priority”, that is, when the player makes a move he commits himself to waiting for the animation to end, leaving him vulnerable to a monster attack. Therefore, we will also have to be aware of the bar that is below the weapon icon and that gradually fills up as we attack. When it is completely full and glowing, you will be able to drop a special ability of the weapon, which will be differentiated according to its specific class.

What is the best weapon to start with? We do not recommend a specific class, but rather try several in training mode, observing each combo and mechanics, and finally choose the one that best suits your tastes. Heavier weapons, less heavy, ranged or melee, in the end each person likes to play his own style and we are sure that you will end up choosing the most suitable for you.

Know your friends, but more your enemies

You have already chosen the weapon you want to use as a base and it is time to meet the beasts that you are going to face. At first, the weapons will not have any specialization and their skill tree will feel empty, even so, this will be an important piece of information to consider later. With the materials you earn at the end of the missions, you will be able to create weapons that exploit each elemental weakness of the monsters and know how to get the most out of them. To do this, you will have to perfectly investigate your enemies, looking for footprints in their habitat and knowing their surroundings. There are five different elemental attributes within Monster Hunter: Fire, Water, Thunder, Ice, and Dragon. Each monster is weak to at least two of these attributes, usually with one item making it a more exploitable weakness compared to the others.

Naughty Dog Already Has a Story For The Last of Us...