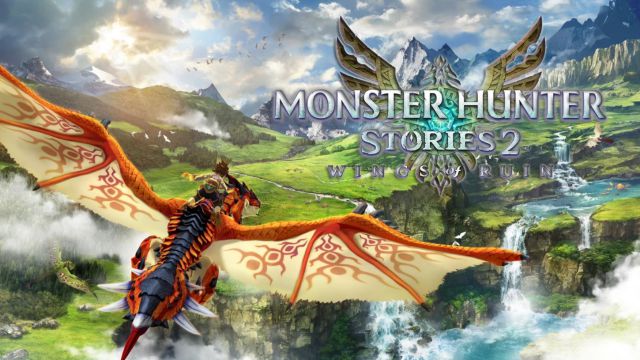 Monster Hunter Stories 2: Enjoy the launch trailer of the game, which will arrive on July 9 to PC and Nintendo Switch. In addition, we offer you all the post-launch content. Monster Hunter Stories 2: Wings of Ruin arrives on Nintendo Switch and PC next Friday, July 9, but its contents will be extended until October. This has been confirmed by Nintendo and Capcom: the experience will be expanded through five updates that will be integrated into the game over the next three months. Next, we offer you the complete roadmap.

The first update will only take a few days to arrive: it will be available on July 15 and will bring with it the popular Canyne dog from Monster Hunter Rise, which will serve the mount players. From then on, there will be four new content packs that will be added to the title shortly.

Update 2 (August 5): This is a cooperative mission in which players will face the fearsome Kulve Taroth, the ancient dragon that first appeared in Monster Hunter World. In addition, the Monsties Glavenus Inferno and the Fulmen Astalus are added.
Update 3 (Early September): Three new Monsties arrive: Heavenly Eye Mizutsune, the Glacial Gammoth, and Kirin Borealis.
Update 4 (Late September): The popular Cursed Rathalos and Fiery Tigrex are the new Monsties. In addition, a second cooperative mission is added starring the elder dragon Kulve Taroth with more and better rewards.
Update 5 (October): Added two more Monsties: Silver Rathalos and Gold Rathian. In addition, they come along with a new cooperative mission, in which players must face a “mysterious and special” creature that has not yet been revealed.
Monster Hunter Stories 2: Wings of Ruin will be available on July 9 on PC and Nintendo Switch. You will soon be able to read our review, and in the meantime you can learn details about the title in our preview.