Home Entertainment Monster Hunter Stories 2, Impressions. We Are Already Playing It On Nintendo... 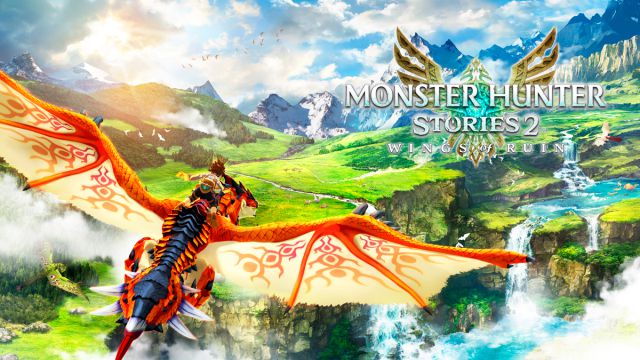 Monster Hunter Stories 2: We tell you what our first hours are looking like with this sequel to the JRPG based on the Monster Hunter saga. Much bigger and evolved. Monster Hunter is in a very sweet moment. Following the success of Monster Hunter World in 2018 and Monster Hunter Rise in 2021, the main series has forked into two major paths set to continue in parallel, each offering an experience to a specific type of player. We have to go back slightly in time to know the beginning of a not so timid RPG aspect, the one that concerns us today, where Capcom identified a still unexplored market for what is currently one of its great intellectual properties: the monster-tamer RPG .

As well as Dragon Quest Monster Joker, Yo-kai Watch or Digimon Story: Cyber ​​Sleuth did, Monster Hunter was looking for its equivalent, and that, saving the distances, was none other than Monster Hunter Stories for Nintendo 3DS. It was quite a surprise, we must remember; one of the nice ones. Well, despite its simplicity, it managed to get it right on the core: creating a turn-based role-playing adventure with a typical story from an anime series, fights between monsters and their capture.

After its passage through iOS and its suspicious absence on Nintendo Switch, where a port fit perfectly to claim this forgotten title, those from Osaka surprised us with a sequel, Monster Hunter Stories 2: Wings of Ruin, which arrives this July 9 to Nintendo Switch and PC. With the promise of taking that concept a step further, we can tell you that we are already playing the title, we have already dedicated a few dozen hours to it, but today we can only talk to you about the beginning; of little more than what you will be able to know for yourselves from this June 25 with the free demo that will be available in the eShop.

The first thing that strikes you in Monster Hunter Stories 2 is how careful everything is. Forget about a minor proposal, a mere spin-off product as a fanservice. That is not all. This work is fully aware of what it seeks: to appeal to the RPG fan through Monster Hunter. The balance between both parties is very well measured, with a huge display of creatures from the bestiary of recent generations.

An artistic section in the purest Japanese anime style, music with chords reminiscent of the main series, a very shonen touch, stereotypical characters, a legend to be solved … Cross out all the concepts on the list and introduce the idea of ​​turning the rationale around main franchise, which is to hunt monsters. Here we “tame” them to face others, they fight each other and we intervene in that fight. We hatch eggs, perform channeling rites to inherit abilities, train, forge weapons and armor …

Once the introductions are made, we put ourselves in the shoes of Red’s grandson (or granddaughter), a legendary Rider; that he becomes a monster tamer capable of forging friendship with creatures and using them to save the world from their threats. It all begins when, through fate, we meet Ena, a young Wyverian who has been entrusted with an egg that contains a special, legendary Rathalos, capable of awakening a power of destruction that can end everything. Our homework? Knowing that legend, stopping the enemies of his questionable plans and, in the meantime, lots of epic, action, script twists and left and right fighting.