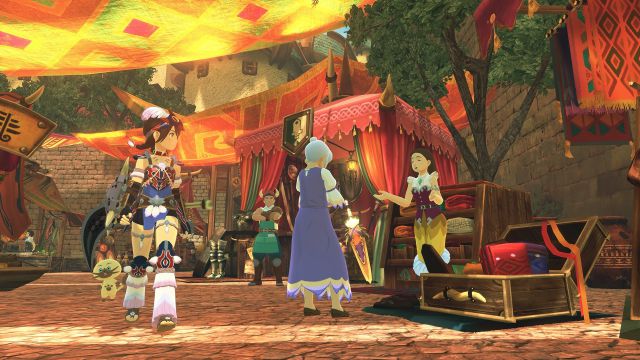 Monster Hunter Stories 2: Capcom’s new installment of the JRPG turn-based sub-series more than delivers on its promise; not without problems and poor design decisions. Monster Hunter has become a mainstay for the Japanese video game industry. Capcom is an expert at franchising specific ideas. When Ryozo Tsujimoto’s team set out, back in the PlayStation 2 era, to design a monster hunting video game, the materialization was crystal clear. Much has happened since then, but it was not until the prelude to Monster Hunter World that lovers of the saga were able to get closer to that essence through a nice, experimental and effective JRPG in turns where the best of two worlds shook hands; that of the classic saga and that of the monster-tamer RPG.

That first Monster Hunter Stories went something unnoticed on Nintendo 3DS, it was launched in a year 2017 where Nintendo Switch captured all eyes. Now things have changed; both for the series that is today the protagonist and for Capcom itself, which faces a new generation with the aim of maintaining an upward line with few errors along the way. We have completed Monster Hunter 2: Wings of Ruin on the hybrid console, it has been several weeks of adventure where we have experienced an expertise in the purest shonen style. There is nothing missing; neither good nor bad. And that is precisely what we are going to talk about in this analysis, about a video game whose premise is still attractive on paper, but which fails to complete a gameplay that ends up running out over time.

It’s a good game, but it stays in the remarkable. It is a pity that this subsaga does not manage to rise to the top and has to continue in the search for its consolidation. We have no doubt that the team of Kenji Oguro, director of the play, and Ryozo Tsujimoto, producer of the saga, are doing things well. However, something more is needed. More is not always necessarily better. In this case, this turn-based rough diamond still needs polishing, both in scenario design and mission planning.