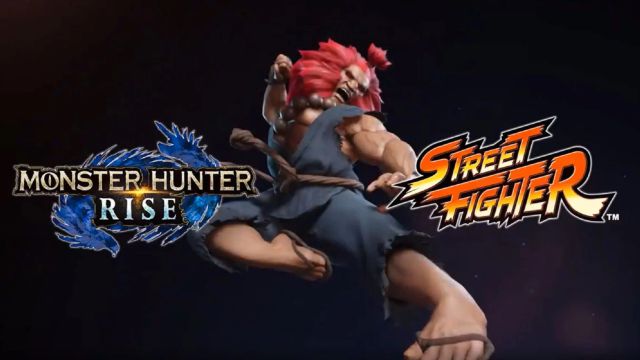 Monster Hunter Rise: The new crossover will unite two of Capcom’s great sagas, introducing a temporary event to its monster hunter game.Monster Hunter Rise is gearing up for a new content update. The Capcom title will feature one of the best-known characters in the Street Fighter saga, none other than Akuma. From next August 27, players of the Nintendo Switch video game will have the opportunity to participate in an event, which of course will include the occasional reward.

Akuma, who will use many of his signature moves in Street Fighter, will arrive in Monster Hunter Rise at the same event. Since its launch at the beginning of the year, Capcom’s work has made a number of collaborations with other of its games. So, last July we could see Amaterasu, from Okami, as a new Palamute skin. In June, however, the Japanese added unlockable items so that players could dress up their Palico as Tsukino from Monster Hunter Stories 2.

Monster Hunter Rise: how much has it sold to date?

Capcom has achieved great financial results during the past fiscal year. In addition to the success of Resident Evil Village, the Japanese company has also triumphed with Monster Hunter Rise. Since its launch in late March, the game has sold a not inconsiderable 7 million units on Nintendo Switch. In addition, in early 2022, it will also be marketed on PC. As the months progress, the development studio has added new features and content, as it conceives the video game as a long-term product.

And long the commercial life of Street Fighter V, the latest installment in Capcom’s fighting saga. It was launched in 2016 with a lot of problems, but the developers have continued to work on updates and have released both paid and free content. As a culmination of the fifth season, several more fighters have arrived.

Jungkook Shares a Tip For Drawing Lovers Like Him

The Walking Dead: First Images And Official Synopsis Of Its Last...