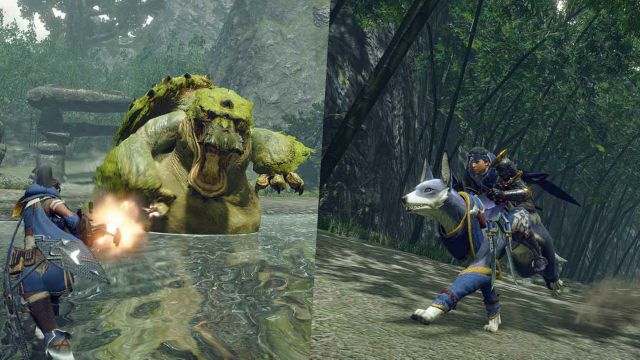 Capcom reveals an assortment of free items to all players who keep a save file from the Monster Hunter Rise demo.

The Monster Hunter Rise demo will offer a variety of items for those who make the jump to the end game. This has been confirmed by Capcom itself, who urges players to keep the save file of the demonstration on their console. It will be the key to achieving the bonus package on the first day.

Among the items we can find 10 energy drinks, 20 mega potions, 5 pitfall traps, 5 demonic megadrugs and another 5 armor skins +. We insist again that you should not delete the save file from the demo. There is no other requirement, not even completing any of the two hunts available in this playable portion.

You should also keep in mind that the demo download will be available for a limited time. All players can get it at no additional cost until next January 31 at 21:00 CET. On the other hand, within it you will find a restriction of 30 contracts, which only affects the pair of missions available. Whether in multiplayer or by yourself, each entry to it will consume a ticket; once it reaches zero, you will no longer have access.

The test also includes two tutorials, one of basic controls and another designed to learn about one of the novelties of this installment: the taming of monsters. If you are prepared to take the leap, you will see that you will have the possibility to face two beasts, between the Great Izuchi and the Mizutsune, either with other players through the network or alone.

We learned about the launch of the demo during the digital event held this January. In addition to the explanation of certain news, we saw for the first time the face of Goss Harag, an unpublished monster based on the ice element. Given his nature, he will find himself in the snowy lands looking for prey to hunt.