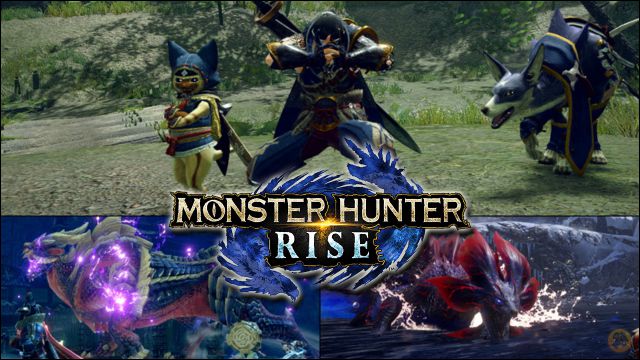 Monster Hunter Rise: The update incorporates new monsters from previous installments, such as Kushala Daora or Teostra, among other Apex. now available on Switch.The long-awaited update 2.0 of Monster Hunter Rise is now available totally free for all users of the game on Nintendo Switch. After the presentation held on Tuesday, where Capcom announced with videos what we can expect from this first major expansion of the game’s content, it is time to face five new monsters, missions and goodbye to the limitation of the Hunter Rank.

The update has a weight of 0.9 GB (900 MB) or 1.5 GB if we start from version 1.0. All you have to do is click on the game icon, click on Update while having an active Internet connection and, in a matter of minutes, we will have our Monster Hunter Rise ready for version 2.0.

New monsters. The bottom line, what most interests the more than 6 million hunters who have acquired the game on Nintendo Switch, is that we have new names to do battle with: Diablos Apex, Rathalos Apex, Teostra, Kushala Daora, and Chameleos.

New missions. Some of the monsters formerly only available in Frenzy make it to the standard missions, which will bring joy to those looking for one-on-one or multiplayer matches in normal matches.

Magnamalo reaches the Frenzy. Monster Hunter Rise’s flagship monster Magnamalo will also appear in Frenzy missions. It is time to come up with good strategies to stop it in time.

Hunter Rank Limit removed. Until now, the maximum hunter rank was level 7. Once version 2.0 of the game is installed, that limitation is eliminated and we will take the corresponding leap as far as we have advanced in the meeting missions. Now we will get hunter rank points with each mission and, as our CR increases, missions will appear with the new monsters that have been added (proportionally more complex). Also new missions of the Frenzy, missions of the arena and advanced single player.

Overlapping Armor Forge. Overlapping armor (skins, armor that affect only the aesthetic section) can be forged, allowing us to change the appearance of the hunter without compromising stats or abilities.

New event missions. Monster Hunter Rise version 2.0 brings new free event missions. If we download them, we can complete them as many times as we want; some have rewards like gestures and stickers.

In the following image you can see the roadmap for Monster Hunter Rise, which will have version 3.0 at the end of May with the new ending for the campaign and new new monsters.

Monster Hunter Rise is available exclusively for Nintendo Switch; in early 2022 it will be released on PC. So far, the game has sold 6 million units worldwide. He has done it in just one month.