Home Entertainment Monster Hunter Rise: Sunbreak — location of the subcamp on the jungle... 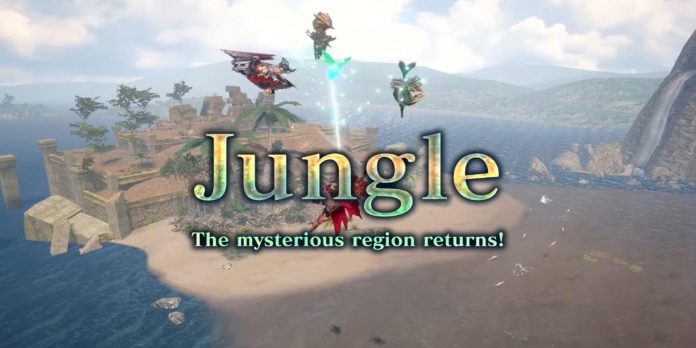 As in the previous maps of the basic version of Monster Hunter Rise, the Sunbreak Jungle map has an auxiliary camp that players can set up. These camps act as quick movement points during quests, allowing hunters to get to a certain place on the map much faster. Dying during a quest with a strong monster can be annoying just to waste time getting back to where the battle was.

There is one sub-camp on the jungle map in Sunbreak that Monster Hunter Rise players can unlock, and this guide explains how to find it.

Before the players of the “Solar Break” can complete the quest to create an auxiliary camp, they will first need to find it on the map. To get to the jungle map, just go there on an expedition or take a jungle quest from Chiche.

The location of the auxiliary camp is circled in the image below, and players can see on the map a couple of horizontal lines where the camp is located.

The best way to enter it is to go to the northern part of the map, and then climb the wall to the south. The player should see a row of sparkling yellow beetles, for collecting which Kamura gets points. Follow the path up the wall to find a small path leading to the auxiliary camp.

After the camp is detected, a notification from the Arena Master Arlow will appear on the screen, which says that this player needs to fulfill the Oboro request in order to set up a camp.

Go back to the Elgado outpost and talk to the Oboro Merchant (there should be a blue text bubble next to his name).

To set up camp, players will need to return to the jungle and kill 8 hermitaurs (small crab-like monsters). The quick way to do this is simply to go on an expedition into the jungle, kill monsters, and then leave the area. They can usually be found along the beach.

Go back to Oboro to submit a request, and finally, an additional camp in the jungle will be unlocked, and it can be used the next time players find themselves in the jungle.

How to get to the subcamp quickly

To go to the newly acquired subcamp, open the detailed map by pressing the + button (on the switch) and pressing Y. In the upper left corner, players will see a new camp and will be able to quickly move there whenever they want, if only they are in the heat of battle.

Monster Hunter Rise and the Sunbreak expansion are available for PC and Nintendo Switch.

After losing the TV show, Wendy Williams Reportedly Has a Whole...