Home Entertainment Monster Hunter Rise: Sunbreak — How to get the Mantle of Anjanat 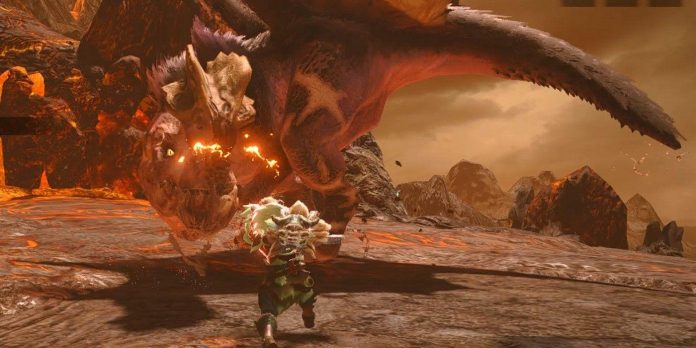 Veterans of the Monster Hunter series are well aware of how much crafting and upgrading takes place in games. It’s a system that many players adore, and Monster Hunter Rise: Sunbreak brings it back to full strength with a host of new monsters to fight, defeat, and gather resources to craft materials.

One example of numerous new materials is the Anjanat mantle. This item is used to make the Anjanath X Coil from the Anjanath Armor X set, as well as to upgrade countless weapons. Despite the many uses, the Anjanat Mantle has a very low chance of being obtained during Anjanat hunting. This guide will help players increase their chances of getting the mantle.

Like many other mantles in Monster Hunter Rise: Sunbreak, the Anjanat Mantle can be found when dealing with a Master-rank Anjanat. It will not be difficult for Monster Hunter: Rise players to fight this beast, but those who are not familiar with the furry tyrannosaurus should remember the following tips:

Expect fire and wear fireproof armor accordingly. If set on fire, make a throw until the status of “Fire Rot” disappears. Weapons using elements of Water and Ice are Anjanath’s weakness. Weapons using Fire and Dragon elements will not be very effective. Give preference to blows to the muzzle and wings of Anjanath when he gets them. Use this guide for more detailed strategies on how to defeat this terrifying monster.

Where to find Anjanath’s Mantle

Despite the fact that just fighting anjanath and cutting him to pieces is the most obvious way to get the mantle, the most reliable sources are the following:

After unlocking Anomaly Research at the 10th rank of the master, the Anjanath mantle can be purchased from Bahari in the Anomaly Research Laboratory for 150 coins of research. When capturing Anjanath, there is a 3% chance to get the mantle of Anjanath on the “quest completed” screen. By chopping off the tail of Anjanat and butchering it, you can get a mantle with a probability of 3%. Killing anjanat has a 2% chance of getting the mantle on the “quest completed” screen. Killing and cutting Anjanath’s body gives a 2% chance of getting the mantle. Breaking Anjanat’s head during a fight will give you a mantle with a 2% chance. Anjanath has a 1% chance of dropping the mantle during a normal fight. Pick up everything that comes away from them.

What is anjanath’s mantle used for?
Creating weapons

Ragnarok: What to Expect From Season 3 of The Series?