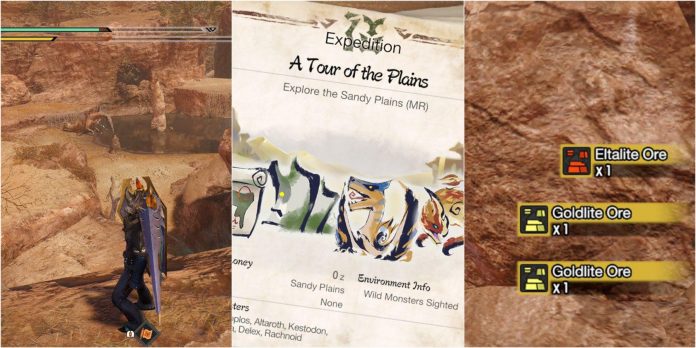 Players who have spent all their time and energy creating multiple sets of armor in Monster Hunter Rise will find themselves repeating the process in the latest Sunbreak DLC. While fully enhanced high-rank armor is enough to handle some of the earlier fights in the new DLC Master rankings, the “flimsy” armor won’t withstand a barrage of stronger monsters when players complete quests found in Elgado. Players will have to adapt to the new environment and improve their equipment even more if they hope to get through the jungle and the Citadel unscathed.

Fortunately, players will discover the opportunity to create Master-rank armor that provides a huge increase in protection and have their own skills and abilities that can help hunters thrive in new locations, and not just survive in them. There are some pretty useful master-rank items scattered around the forge that players can collect, but some of them require new materials, such as gold ore. This is where players can catch a new type of ore in Monster Hunter Rise: Sunbreak.

How to find gold ore in Monster Hunter Rise: Sunbreak

Fortunately, gold ore is not that difficult to farm, but players may have to make several rounds of the expedition before they manage to get it, depending on how much luck is on their side. The Rarity 8 ore is not “common”, and players may need several mining attempts to get everything they need to successfully craft any armor or equipment of friends they need. To find gold ore, players need to go to the Sandy Plains, as this is the only place where new material is mined. Players can collect it either from regular White Mines or from Blue Mines in the area.

Fortunately, there are quite a few mine outcrops scattered on the Sandy Plains, so players will be able to find gold ore without having to constantly reload the area. Mining Outcrops will respawn soon after they are collected, so systematic players can simply go through the route, mining all possible nodes, and then return to the main camp to start the process anew. Players can jump on the back of their trusty Palamute to speed up the process, and can also use items such as Dash Juice to maintain a high level of endurance. There are even some dangos that can increase endurance so that hunters can move between outcrops as efficiently as possible.

Another useful tip is to equip armor using the Geologist skill, as this will allow players to collect materials from the node more than once. Using some of these power-ups, players can quickly collect all the Goldlite they need to build the best armor and fight some of the strongest opponents that can be found in the Sunbreak expansion.

Gears 5 Creators Have Worked On The Matrix Awakens