Home Entertainment Monster Hunter Rise: Sunbreak — How to Find a Hidden Cave in... 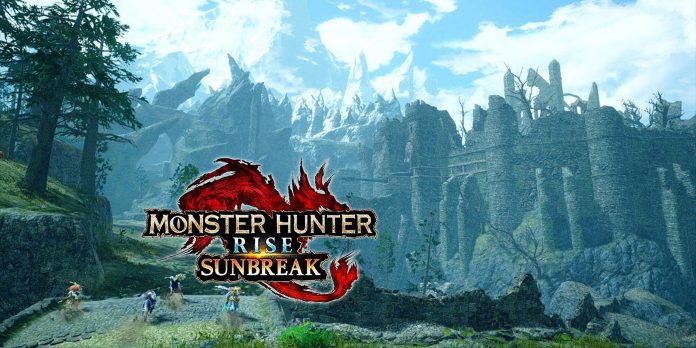 Players can find a Hidden Cave in the Citadel 13 area by exploring it with Wirebug in the game Monster Hunter Rise: Sunbreak. Citadel is a new region added to the Sunbreak DLC. These are the ruins of a castle surrounded by forest and swamps. Behind the walls of the Citadel, a snow-covered wasteland awaits players. It is in the Citadel that players can encounter Three Lords, the new powerful beasts added in this expansion: Malzen, the Elder Dragon, the gorilla-like Garanholm and Lunagaron from Monster Hunter Rise, an impressive fanged Wyvern.

Players who want to explore the Citadel will notice that there are areas on the map surrounding the area that seem inaccessible. In the south, players will find Area 13 of the Citadel. Closer to the bottom of the map, there seems to be a path leading into a gray cloudy area. As players approach this, they encounter what looks like a dead end. However, players can find an alternative route to reach the Hidden Cave in the game Monster Hunter Rise: Sunbreak’s Citadel.

To get to the Hidden Cave in Citadel Zone 13, players need to use Wirebug to gain access to a secret area hidden inside a large hollow stump. Wirebug is a device that allows players to recover from blows in combat, for example, against Seregios from Monster Hunter Rise, or explore the map by flying around it. Players using Wirebug can access a Hidden Cave and collect all the loot they find inside.

How to find the hidden cave Citadel Area 13

The entrance to the Hidden Cave in Area 13 of the Citadel in Monster Hunter Rise: Sunbreak is located inside the stump. By the pool filled with spiked toads, use Wirebug to climb to the top of the stump on the left. The stump is completely hollow, and after falling through it, players will get into a Hidden cave. Jump down and go through the tunnel. Players can collect a bunch of dice before continuing. The tunnel will eventually lead players to a cave that opens onto the moat surrounding the Citadel.

In this Hidden Cave, players can find mineral outlets that mine important ores, such as Ultimas crystals from Monster Hunter Rise. In addition, players will find a fishing spot, a Stump Sap, a Great Wirebug location for a quick return to camp, and Relic Record IX. For players who like to bring games to the end, finding a Hidden Cave in Citadel Zone 13 will also dispel the fog on the map.

Shenmue The Animation Already Has A Release Date; New Trailer For...