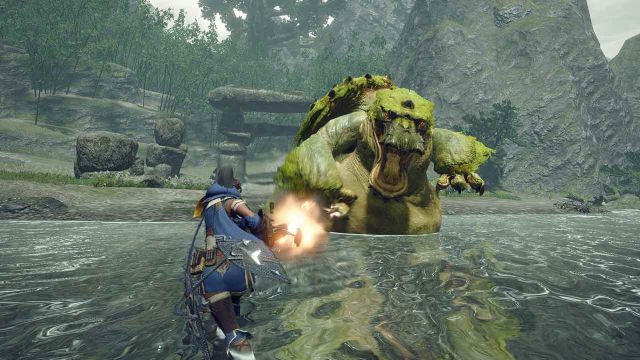 Capcom’s new title for Nintendo Switch, which will go on sale in March 2021, will put us back in the shoes of a hunter.

Huge monsters, epic battles, and numerous challenges to complete. That’s what awaits players in Monster Hunter Rise, the new installment in the series, developed exclusively for Nintendo Switch. As the successful Monster Hunter World cannot work on the Kyoto hybrid, Capcom has opted to create a completely new video game, which takes advantage of the hardware of the machine. The Japanese have just released two new trailers, showing two of the weapons that we can wield during the game, the great sword and the ax sword.

The Game Awards 2020 served as the stage to present a new trailer for the game, but also to announce something that will interest all those who are willing to immerse themselves in the universe of this video game. Monster Hunter Rise will have a demo starting next January, so all players will be able to try it before its official launch, which will take place two months later, specifically on March 26, 2021.

Capcom’s new production takes the exploration system from Monster Hunter World and integrates it into this portable experience, which will run at 30 fps. Of course, we will witness the appearance of well-known monsters, such as the Royal Ludroth or Magnificent Wroggi.

Monster Hunter Stories 2, the next

It is not the only game in the saga planned for Nintendo Switch. Capcom announced it alongside Monster Hunter Stories 2: Wings of Ruin, a sequel to the turn-based role-playing title released on Nintendo 3DS. Although it is a sequel, the developers have ensured that it will not be necessary to play the first title, since it is a completely new delivery. Therefore, it will not be necessary to know the history of the original.

And if these games are not enough, you will always have the movie, which will be released on January 1, 2021. The film adaptation of Monster Hunter stars Milla Jovovich and directed by Paul W.S. Anderson, the director of the Resident Evil movies.