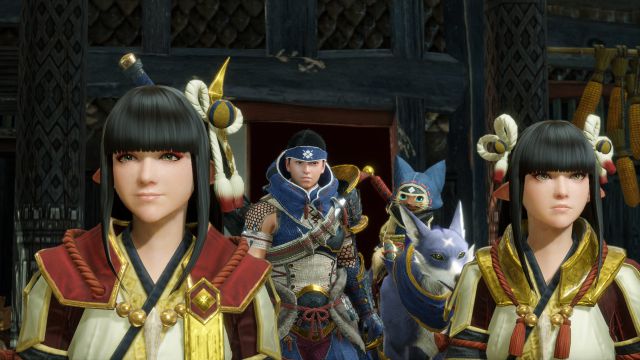 This exclusive title for Nintendo Switch will be released in March, but it will not be the only game in the series for the console.

Capcom continues to work on one of its star video games for next year 2021. In addition to Resident Evil Village, for which a specific release date has not yet been confirmed, the saga of monster hunters of the Japanese company will double Nintendo Switch. The first to be released will be Monster Hunter Rise, which was announced during a Nintendo Direct. The developers have shown new details through social networks. We are talking about unpublished concept arts, characters and monsters.

The first of the protagonists that we will find in the game world and that appears in the images is Hinoa, a very intelligent young woman. The developers explain that for her the character we handle “is practically family”, so she will do “everything she can to help us” in our arduous mission. Other conceptual arts depict people like Yomogi the Cook, Fugen or the Cohoot owl, as well as sets and so on. Then you can see all those contents.

Monster Hunter Rise is Capcom’s answer to the desire of many gamers for a new portable installment. The impossibility of adapting Monster Hunter World to Nintendo Switch has ended up prompting the studio to develop a completely unpublished installment, which collects the exploration mechanics of the game for PS4, Xbox One and PC, but which incorporates other unique elements into the equation.

The video game will go on sale on March 26 exclusively for the Kyoto console. Meanwhile, Capcom is immersed in the development of a second title for the brand, Monster Hunter Stories 2: Wings of Ruin. This second product is a sequel to the Nintendo 3DS title, although it is not necessary to have played the first to follow the story line. This is so because they have decided to tell something new.