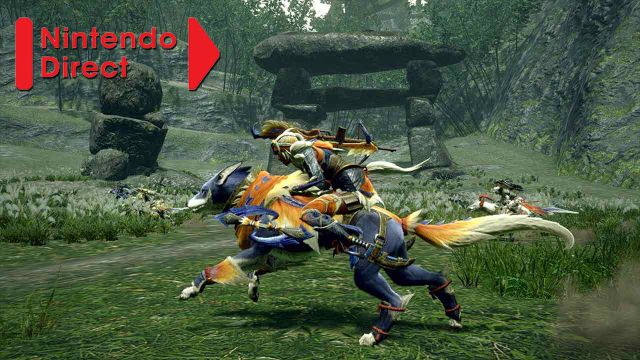 The title will go on sale exclusively for Nintendo Switch this March 26 worldwide. New plot details and supporting characters.

Capcom and Nintendo have shown a new trailer for Monster Hunter Rise during the Nintendo Direct held on February 17. In the video, which serves as a recapitulation of everything seen so far and what we can expect in the face of the plot, different plot situations in the story are presented, including the main conflict that endangers the entire population.

Nintendo has recalled that this March 26 will also be marketed a Nintendo Switch themed with game motifs and a similarly themed Nintendo Switch Pro Controller. You can learn more information in this news.

Monster Hunter Rise, the new installment of the fifth generation

Monster Hunter Rise comes to Nintendo Switch with the aim of acting as a parallel route to the line established by World, one that is completely compatible with the original, that of the Monster Hunter 3, 4 and Generations, which are really the ones it serves as a sequel. On the one hand, World on current home consoles; on the other, a title adapted to take the best of both styles, Rise.

One of the things that we liked the most after playing the demo was his determination to invite us to explore the stage. The chordopter is a great idea to move and move with more agility. As if it were a hook, it will allow us to reach high points, jump over monsters in the lunges and even do a triple jump if we chain several of these bugs. On the other hand, the incorporation of the Canynes in such large and extensive scenarios will facilitate such exploration tasks, thus eliminating the pertinent complaints from the community, which was somewhat slow and crude in the original iterations.

Monster Hunter Rise is one of the great video games exclusive to Nintendo Switch for 2021, a title designed to offer hundreds of hours of content and not stop evolving; either because we are working on new weapons or because we want to face more and more monsters. After the success of World, this title is destined to be one of the big names of the year in the hybrid console. The game goes on sale this March 26 in physical and digital format via eShop.