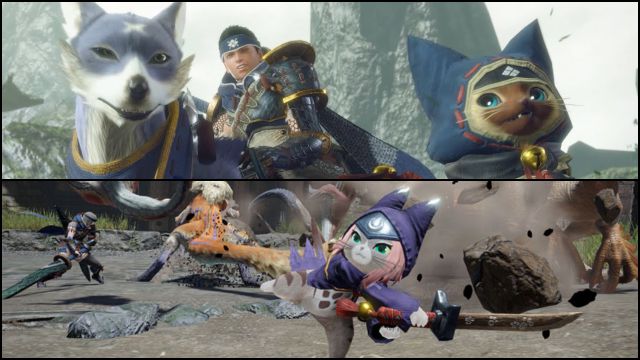 Monster Hunter Rise: Capcom’s hunting title, a bestseller on Nintendo Switch, presents its upcoming content during the E3 2021 conference. Capcom has announced during its E3 2021 conference that Monster Hunter Rise will receive version 3.1 on June 24. This update, completely free for game users, will add new event missions and downloadable content, which will allow users to continue giving reasons to return and discover a work that has already received two major content expansions since its premiere last month of March on Nintendo Switch.

To begin with, it is confirmed that Monster Hunter Rise will have a collaboration event, called Capcom 1, for this June 18, slightly before the collaboration, to warm up the atmosphere before the July premiere of Monster Hunter Stories 2: Wings. of Ruin. This mission will offer materials to create a superimposed comrade armor that looks like Tsukino, one of the characters we will meet in Monster Hunter Sories 2.

Also, a free demo of Monster Hunter Stories 2: Wings of Ruin for Nintendo Switch with the first hours of the game will be published in parallel on June 25; all the data of the game can be transferred to the main game if we buy it finally.