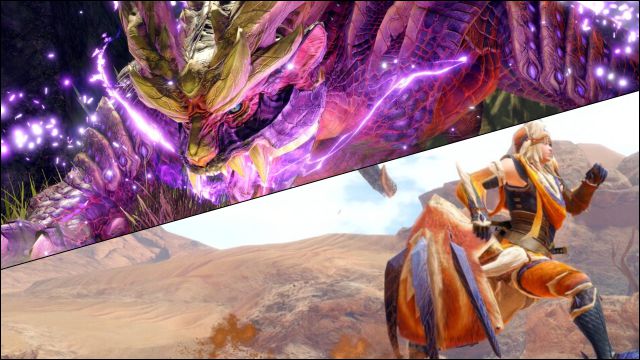 Monster Hunter Rise: Capcom confirms that the computer version and the Nintendo Switch version will not allow transfer of progress, thus preventing cross-play. Monster Hunter Rise will finally run out of crossover play. Capcom has issued a statement through the social network Twitter to indicate that, after studying this possibility due to the great existing popular demand, there will be no cross-save or cross-play between the versions of Nintendo Switch and PC.

Although a survey was initially published to find out if the public was interested in being able to enable cross-play and cross-progression between platforms, Capcom has declined this opportunity citing difficulties in the development to be able to implement it: “Unfortunately, after having studied it during the process development, we have verified that we cannot implement it this time. As always, we appreciate your continuous comments and support ”, they explain in the message, which affects not only Monster Hunter Rise, but also Sunbreak, the expansion that will be released next summer.

We’ve heard your requests for Cross-Save / Cross-Play for #MHRise & #Sunbreak, but unfortunately, after looking into it throughout the development process, we found we are unable to implement it this time. As always, we appreciate your continued feedback and support.

Monster Hunter Rise for PC will arrive on Steam this coming January 12, 2022 with compatibility with ultra-wide monitors, resolution up to 4K and with unlocked framerate, so that those who wish can play well above 60 FPS. It will be possible to play with keyboard and mouse and voice chat will be enabled. You can check here the minimum and recommended computer system requirements.

As for Monster Hunter Rise: Sunbreak, it is a “gigantic” expansion; in the purest Monster Hunter World: Iceborne style. We have recently seen the new dragon Malzeno, which we can challenge after completing chapter 7 of the story. This expansion will offer new stories, locations, missions and monsters; Also new mechanics and additions that will make the experience even better compared to what was seen in the base game.

Xbox Game Pass Took Its Breath Away With The May Calendar