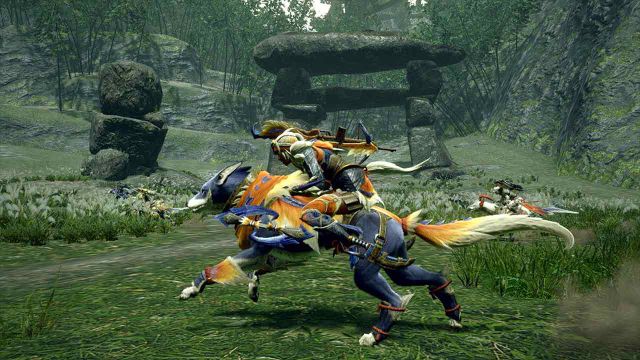 The new installment of the main saga will be marketed on March 26 on Nintendo Switch, as a console exclusive.

Monster Hunter Rise is a completely new game for Nintendo Switch, a title in which we will take up arms again to become true monster hunters. Although Capcom announced it exclusively for the Kyoto hybrid console, the Japanese have decided to release it on PC. In an interview with Vandal, producer Ryozo Tsujimoto has confirmed that the game will be commercialized in early 2022 on this platform.

“We know there are a lot of gamers waiting for Monster Hunter Rise to come to PC, so I’m happy to confirm that we are already working on a compatible version. The game will debut on computers in early 2022, although we don’t have an exact date yet. ” According to the producer, they will provide more details in the future through Capcom’s official channels, but wanted to report that they were already working on the port.

Monster Hunter World did not come out on Nintendo Switch due to the limitations of the machine, but it did see the light on PC, so users of this platform will have the opportunity to experience the most recent games in the saga. At the moment, the second confirmed title of the saga for Switch, Monster Hunter Stories: Wings of Ruin, has not been revealed for any other platform. Its launch is scheduled for next summer.

As for the arrival of Monster Hunter Rise to Nintendo Switch, Capcom plans to release it on March 26. Players will be able to enter a world full of dangers, with wide scenarios and all kinds of creatures, both classic and new. Moving with the hook will facilitate exploration of the different locations.

See Also
Monster Hunter Rise will arrive on PC in 2022

Do you want to know what the game is like and what you can expect from it? In MeriStation we publish some first impressions, which you can read in the following article.