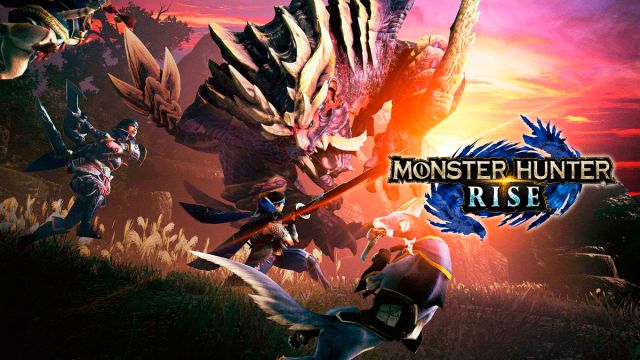 We attend a digital presentation with an hour of Monster Hunter Rise gameplay and we know what the day to day will be like in the village and on the expedition.

Monster Hunter is in a sweet moment commercially and decisively creative. After consummating its classic formula with Monster Hunter 4 Ultimate and Generations, which put an end to four generations with a very specific way of doing things, Monster Hunter World broke into domestic platforms with the intention of experimenting, of opening up to the general public; to explain to millions of people why so many others were enchanted by this playable formula in the days of PSP and Nintendo 3DS.

Now a new episode of that story is written with Monster Hunter Rise, one in parallel to World, perfectly compatible and complementary. We have attended a digital session organized by Nintendo Spain to calmly and deeply see an extensive gameplay guided by Capcom that helps us to tell you now our feelings before embarking on the analysis. We anticipate something: this promises, a lot.

Welcome to Kamura, the backbone of Monster Hunter Rise

If the demo of Monster Hunter Rise last January was of any use to us, it was to verify that great changes await us in playable matters, with special emphasis on agility in tasks of movement around the stage, verticality thanks to the use of the chordopter, and commitment to make exploration something natural, not compulsory. A more organic title.

The series led by Ryozo Tsujimoto, this time with Yasunori Ichinose in the direction – who has already directed Generations and the famous Freedom Unite on PSP – has very established rules regarding the structure; Everything feels familiar from the beginning, but any lover of the series knows how important it is to feel comfortable in the gameplay as well as in driving in cities and villages. What we could define as a lobby, as a base of operations. The layout of the stores and meeting points has not always been achieved with the same success; however, in Monster Hunter Rise the intention is perceived to make things easier and expedite procedures. Our time is valued. Kamura Village, as this territory overturned by the Japanese setting is called, is the core of the experience outside the battlefield and where we can use, by the way, the chordopter to move at greater speed. It is not an exclusive item for hunting (as was the case with the hook in World), nor are the Canyne / Palamute, on which we can ride in the middle of Kamura.

Right from the start, shortly after the presentation began, we listened to a traditional Japanese song in an environment surrounded by cherry trees. Monster Hunter Rise makes you feel in the Land of the Rising Sun of centuries ago, a reproduction that will like both the Japanese and the Westerners.

The Cantina features changes from Monster Hunter World and previous iterations of the series. When placing an order – we can pay with money or points, as always – this establishment has menus such as a Bunny Dango (traditional Japanese dumpling usually served with green tea), those skewers with balls of different foods and combinations of flavors . It comes to the game that neither painted to mix flavors, each with an effect on our hunter or huntress on the next hunting expedition. In total, we have to choose three, with an individual activation percentage generally very high but not guaranteed. Health, stamina, attack … even activate temporary passive abilities. Another different way of ordering great delicacies of meat and fish, only this time we bet on something more sophisticated and… Japanese.

90-day grooms of stars who changed their appearance with botox