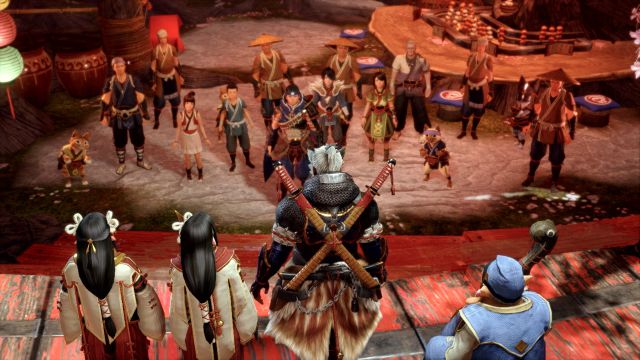 Capcom is still in top shape and offers a delivery that improves playable level, speeds up mobility and incorporates ideas that should stay. Excellent work.

Monster Hunter’s growth over the past decade has been exponential. If Monster Hunter: Freedom Unite made it clear back in 2008 on PSP that this saga had high potential in its understanding of action, RPG and the concept of either solo or cooperative hunting, the iterations of Nintendo 3DS established the series on two fronts: the commercial and the rigorously playable. The Capcom department led by Yasunori Ichinose and Ryozo Tsujimoto never turned a deaf ear to the demands of the players, because they are too.

They understood that the need to transcend sales beyond Japan was part of the process; that finding the right platform to exploit these ideas, so deeply rooted in the portable format, was going to be an even more complicated process. Monster Hunter Rise is the answer to that question, a delivery focused on the hybrid nature of the console where it is published, Nintendo Switch; not so much for being able to play on the laptop or on the desktop – thus combining the particularities of the successful Monster Hunter World and the classic pinnacle, Monster Hunter 4 and Generations – but for its design structure. You have perfectly understood the hardware where it is launched.

Agility; amortization of time; exploration; frenzy; mechanical evolution; devotion to Japanese culture. A total production, determined to improve in absolutely everything and ready to look face to face at a Monster Hunter World that it overtakes in many sections, luckily for all lovers of this license.

There is something we would like to make clear before going into depth with this analysis: Monster Hunter Rise is not a minor installment because it does not carry a number in its name; is the new great episode, parallel to Monster Hunter World. A video game convinced that the path traced from the first installment on PS2 to the abundant Monster Hunter Generations still had something to say. Because these design lessons are perceived here, because the development team knows themselves in their sauce and, to be clear, Capcom is in a state of grace. This title marks a moment of celebration for the license for two reasons: first, to structure a superb level design, vertical and full of incentives for exploration; the second, strictly related to the first, the use of the chordopter, which changes everything at the playable level. It is not only an offensive tool, but also a mobility and defense artifact.

Star Wars: The Bad Remittance Will Have Season 2; Disney +...