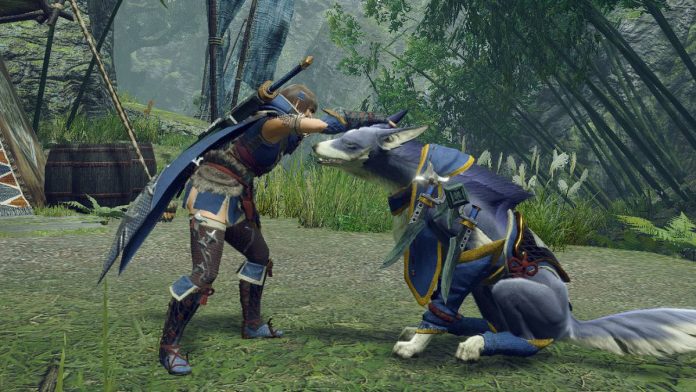 The new installment of the saga can be enjoyed in portable mode, in short games, but does not forget to address a scale according to what was seen in World.

Monster Hunter is in good hands. That is the conclusion I come to after these weeks of early access to Monster Hunter Rise with its demo for Nintendo Switch. They have convinced me and I believe that this is the path that the series must follow to coexist in parallel with future iterations of World, in the absence of seeing how these sensations are consumed with the final game.

Just a few days ago, to try to better understand the thoughts that came to mind after those sessions, I retrieved my PSP to play what still seems to me to be one of the best video games from Sony’s veteran laptop: Monster Hunter Freedom Unite. This title was, surely, the first great sign that Capcom did not have any saga in their hands, that the potential of that playable structure only needed to improve its readability to begin to penetrate deeply in the West.

Truth be told, it holds up surprisingly well. In fact, it was easy for me to get used to having my hands in unnatural positions to handle the camera – PSP only had a stick and the crosshead assumed little ergonomic functions – and go hunting. One of the conclusions that I draw from that trip to the past, which helps me to better understand the present that now awaits us, is that it was a very portable video game. Monster Hunter Rise gives off those feelings.

I have to admit my fear when the Nintendo Switch was launched back in March 2017. It was clear that an eventual new Nintendo laptop was going to be increasingly difficult; that Nintendo 3DS was not going to have a successor as such. So were games thought and designed to be enjoyed in a portable environment going to disappear? In part, it is clear that yes, but Monster Hunter Rise is a combination between the best-selling Monster Hunter World and the fourth generation of the saga, which we understand as the sum of MH 4 and Generations Ultimate.

See Also
Check out the summary of the Monster Hunter Rise: post

Bottom line, Rise takes the best of both worlds, but it doesn’t feel like a spin-off; they could have called it whatever they wanted, even Monster Hunter 6 (understanding World as the fifth member within that canonical line). Because after a few hours you realize that Capcom has perfectly understood the hardware on which this new work was going to be put on sale.

Monster Hunter Rise steps on the gas and grows in height

If it already seemed impossible to adapt the RE Engine to a limited console such as Nintendo Switch, without a doubt I perceive that the scale of this title is the largest imaginable with these resources. Are there graphical limitations? Of course. Are there fewer trees and element density on screen than in World? Clear. But let’s think cold, what we have, and not what we don’t have. If we are left only with what is lost along the way, we will not be able to appreciate how sensitive the changes are at the playable level, which we can divide into two large blocks: the chordopter and the vertical opening of the scenarios.

Both feed off each other, with the particularity that this chordopter is difficult to master and, although I admit that I have played the demo for many hours, I still make mistakes when dressing up some monsters or when I try to climb steep terrain. . Therefore, the problem is not with the game, it is simply a matter of persevering. The saga had not encouraged exploration as much and as well as now. Maps no longer have loading times, everything is connected and there are shortcuts everywhere; It is possible to go from A to C without going through B. When you realize that you can optimize time — an invaluable element in Monster Hunter — the desire to explore and go on an expedition skyrockets; even more than in World. The difference with the latter is that everything is faster – welcome, Palamute – knowing that the pace must be higher than in a console only domestic. Monster Hunter Rise cuts to the chase.