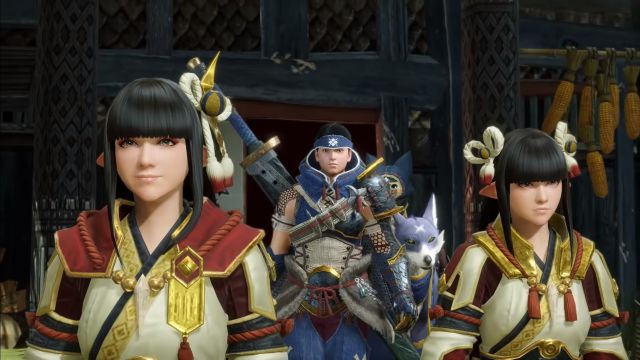 Monster Hunter Rise: The title, currently released exclusively for Nintendo Switch, has already distributed more than 6 million units worldwide. At the gates of a new Monster Hunter Event, in which there will be news about Monster Hunter Stories 2: Wings of Ruin and Monster Hunter Rise, Capcom has taken stock of the financial results of the last fiscal year, which ended on March 31. The new hunters game was marketed before that date, so part of the sales has been computed during the aforementioned fiscal year. The title managed to sell 4 million copies in its first three days (more than 6 million today), a figure that has exceeded the expectations of the Japanese.

“The title has exceeded our internal expectations for the fiscal year ended March 31, 2021, especially due to its strong performance in Japan and Asia,” they explained in a question and answer session with investors. “We think it still has a lot of potential for additional growth in the US and European markets, so we will continue to focus on growing sales globally with the launch of the PC version.”

Although Monster Hunter Rise has gone on sale as an exclusive on the Nintendo Switch console, Capcom itself revealed before launch that the studio plans to adapt the video game to compatible. There is still no specific date, but there is a launch window: it will be in early 2022 when the monsters will spread again on PC.

The next Monster Hunter Event, a live stream, will take place on May 26 (16:00 CET). Capcom will unveil update 3.0, which will surely add new monsters. The previous one, 2.0, expanded the range of missions, the hunter range and many other new features, which we detail in this news.

Monster Hunter Rise will continue to update for months to come. It has been conceived as a long-term project.

Young Rock: Series About The Life of The Rock Will Have...