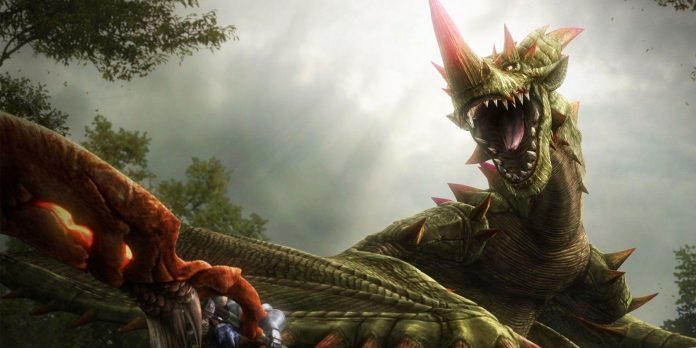 The past week has been especially interesting for gamers: every second day brought several exciting announcements of new games, as well as many updates about upcoming games. While the Xbox and Bethesda Showcase and Summer Games Fest may have attracted attention, small presentations still had a chance to prove themselves, and the Capcom showcase was no exception. In addition to a brief gameplay clip of Resident Evil 4 Remake and the announcement of the story DLC Resident Evil Village, Capcom also used its showcase to lift the veil over some of the huge beasts that players will encounter in the upcoming DLC Monster Hunter Rise: Sunbreak. .

Although Capcom has already revealed the main antagonists of Sunbreak, the Three Lords, it has yet to announce some other monsters that players will defeat. During the Capcom presentation, fans saw some fresh, scaly faces, as well as some old returning favorites, and they will all appear in the upcoming Sunbreak expansion for Monster Hunter Rise, which adds a huge amount of content to the game, ranging from new boss monsters to new biomes and lots of new gear.

Explanation of the types of Espinas

From the point of view of design, Espinas is an evil beast, similar to a huge scaly dragon. Pointed pink spikes protrude from its scales, inside of which there is a deadly poison. Espinas has one of these pink spikes sticking out of his head, which he uses to pierce and poison his prey. Along with these pink spikes, Espinas has a variety of spikes that stretch all over his body, from his wings to his legs and tail, making him a very dangerous monster.

Despite its menacing appearance, Espinas is actually quite a passive species, which in most scenarios looks relatively inconspicuous to its surroundings. In the wild, hunters often meet Espinas when he sleeps, in a state similar to deep hibernation. In fact, Espinas is so passive that even an attack on a monster can do little to anger him. At the same time, if the wyvern receives too much damage, it will become enraged. His veins will start glowing bright orange, and he will unleash his anger on his opponent.

The Espinas species has a number of attacks at its disposal. Perhaps his most destructive attack is his ability to shoot poisonous fireballs from his mouth. If they come into contact with the hunter, he has a chance to cause paralysis and poison, as well as cause a lot of fire damage. Espinas also uses a variety of physical attacks, most of which use his pink spikes, claws and tail to both deal damage to the hunter and inflict poison. If Espinas becomes enraged enough, he is also able to rush at his opponent, ramming him at great speed with his horn on his head. Before going into battle, hunters should make sure that they have a sufficient amount of healing poisons.

Monster Hunter Rise is already available for PC and Switch. Sunbreak will be released on June 30, 2022.