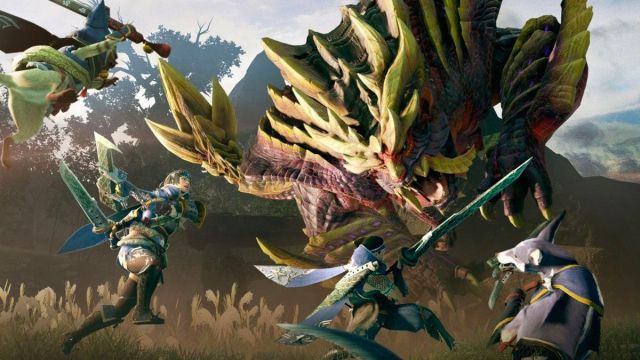 The new Capcom production has been released in the Kyoto hybrid with good numbers, as the company has shared.

Monster Hunter Rise for Nintendo Switch is the latest installment of Capcom’s Monster Hunters video game. The game, which was launched on March 26, has already confirmed its first official numbers. Through a press release, Capcom has announced that they have already distributed 4 million copies worldwide, which does not mean that those units have already been sold. Monster Hunter World shipped 5 million copies, although it came out on two platforms at launch (PS4 and Xbox One).

The new Capcom has just been released, but the company is already looking to the future, which goes through fresh and free content. The first of them will arrive at the end of April, when players will be able to face a mythical monster from the saga. It is Rathalos, but in its Apex variant, a hitherto unpublished version of this immense dragon. In addition to the upcoming monsters, which will be added periodically, new features will also be implemented, such as a new hunter rank.

Monster Hunter Rise is available exclusively for Nintendo Switch, but the game will not be left alone in the Kyoto machine. Capcom has already announced its intention to move the product to PC, although it will not be in the short term. In fact, compatible players will have to wait until early 2022 to go hunting.

The Monster Hunter saga will double on Nintendo Switch, as Capcom is outlining a new installment of the spin-off released first on Nintendo 3DS and later on mobile devices. This is Monster Hunter Stories: Wings of Ruin 2, an independent project from the first chapter, so it will not be necessary to complete the original to enjoy the second. The reason is that the story is completely original. It will go on sale next July 9, currently only on Switch.