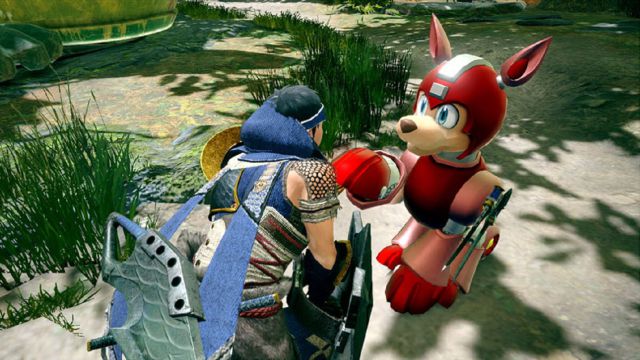 “Equip this layered armor to change the look of your Canyne and its bark to that of Rush,” the company stresses on its official website. When skidding you can activate the Rush Jet, which will make the friendly robot dog glide at ground level. “Get this special layered armor for your Canyne and make it the faithful companion of Mega Man!” They conclude.

This collaboration comes as the fourth of those proposed in its roadmap. Rush is preceded by faces like Akuma from Street Fighter. Amaterasu from Okami also appeared. We once again emphasize that these contents land for free.

Monster Hunter Rise, one of the games of the year on Nintendo Switch

Capcom’s new work in the series achieved a rating of 9 out of 10 in this house. During the analysis we said that Monster Hunter Rise “is a total video game.” “When we thought that World had established the foundations of what the series should be in practically everything, the new installment opens a parallel path where progress is made in the most important thing: the gameplay,” we said.

Despite the secondary missions “wasted” and being “behind in content than other deliveries”, Rise manages to maintain “its essence, recovers the spirit of the fourth numbered installment and takes the elements that made World an event.” “Nintendo Switch meets a new essential episode, an excellent game as a whole to which very little can be attributed,” we concluded. You can read the full text by clicking on this link.

The anime world is in mourning: Edens Zero director dies

How To Make Tteokbokki That Lee Jung Jae Bought For His...