Home Entertainment Monster Hunter Rise And Sonic, Together To Celebrate The 30th Anniversary Of... 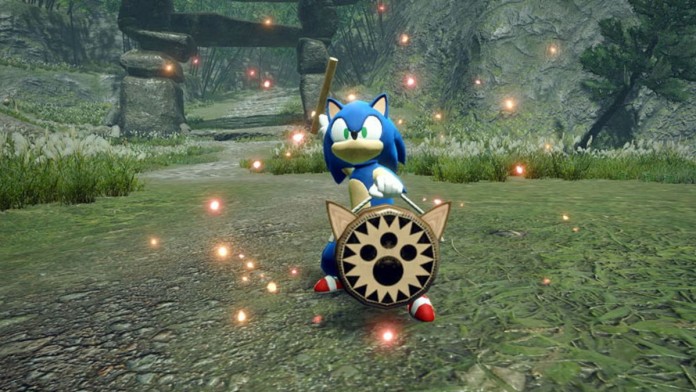 Monster Hunter Rise: Capcom and SEGA join forces to celebrate the birthday of this character, one of the most relevant in the industry. 2021 is a year of transition for Sonic. Without his own game for this year, the blue hedgehog looks to 2022 without forgetting that he has just celebrated his 30th anniversary. Now, SEGA and Capcom have announced an unexpected collaboration, which is why this iconic mascot will arrive at Monster Hunter Rise on November 26. This has been announced by the Japanese, who have also revealed the content that will be available.

The collaboration mission will allow us to unlock a superimposed armor that will turn our comrade into Sonic himself. In addition, we can also dress the hunter and our Canyne with clothes inspired by the character and his friend Tails. As if that were not enough, the visual aspect will not be the only thing that is respected, since he will be able to propel himself forward with a whirlwind, at the speed that we are accustomed to. Rolling, collecting rings … all of this is reminiscent of this timeless classic.

By using the Felyne bulb to temporarily increase the power of the comrade, he will turn into Super Sonic, and with a special animation! And best of all, the 7 Chaos Emeralds are included. Among the novelties that will be introduced are also some cosmetic figures such as that of Sonic himself, which will be obtained as a reward for completing certain missions.

The most recent game in the series is Sonic Colors: Ultimate, a remastered version of the Wii title, which has been released on PS4, PS5, Xbox One, Xbox Series X, Xbox Series S, PC, and Nintendo Switch. The next major product will launch, if all goes according to plan, next year. At the moment he does not know anything about him, although his creators want him to mark the future of the saga, just as Sonic Adventures did in the past.

Monster Hunter Rise is currently only playable on Nintendo Switch, although the PC version will be released soon, on January 12.

Kathleen Bristow explains if she would have done anything differently as...

Ryan’s Smile Means More to the Boys Season 4 Than You...