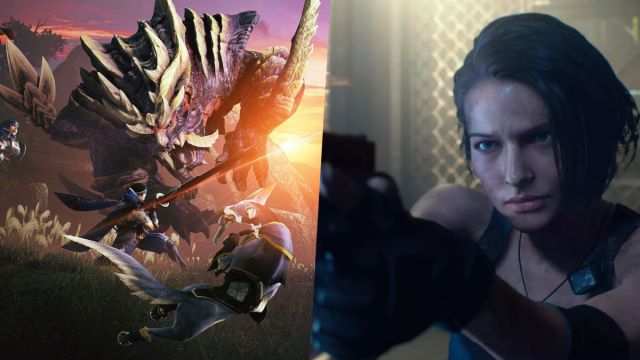 Monster Hunter Rise: The year-on-year figures improve thanks to the most important titles released by the company throughout the fiscal year.The fiscal year 2020/21 ended on March 31, just after Capcom released Monster Hunter Rise, a title that has already been released on Nintendo Switch, although it will also be released on PC in early 2022. In full confinement of the coronavirus pandemic, the Japanese released Resident Evil 3 Remake, a title that has not sold at the same rate as the second installment, but has also contributed to the success in economic terms. The Japanese firm has shared its financial results with a more than positive note.

Thus, the Japanese publisher has confirmed that net sales increased by 16.8% compared to the same period of the previous fiscal year, while the year-on-year growth of operating income (before applying taxes and interest) was 51 , 6%. On the other hand, regular income amounted to 51.8%.

In terms of game sales figures, Resident Evil 3 Remake has already sold 3.6 million units to date. Monster Hunter Rise, meanwhile, has already surpassed 6 million copies distributed, although some of these figures will be computed in the current fiscal year. Iceborne, the expansion to Monster Hunter World, has also helped prop up a great year for Capcom.

While Capcom has opted for full remakes of the Resident Evil saga in the last two years, after the second and third installments they have finally released a completely new title. This is Resident Evil Village, which continues the story of the seventh chapter. In this way, Ethan Winters is the main protagonist of an adventure in which he must unravel the secrets of a cursed people, ruled by a powerful creature known as Mother Miranda. Lady Dimitrescu and other characters are her lieutenants, so they will have to be defeated to reach her.

Windows 7 Will No Longer Receive Drivers From Microsoft Via Windows...