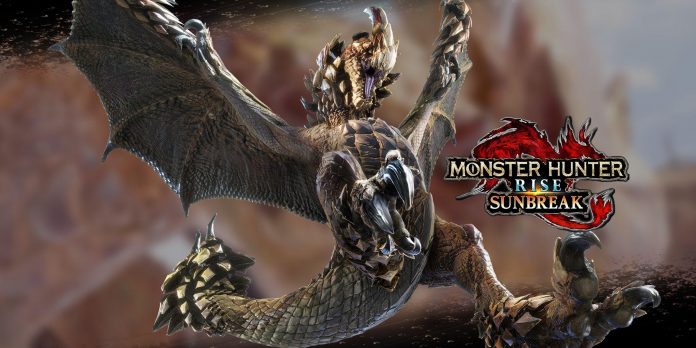 Seregios is a returning beast in Monster Hunter Rise: Sunbreak, which can inhabit many environments of the game, but is most often found in deserts. Players will meet Seregios for the first time on the Sandy Plains, vast expanses of the desert, where players will need to complete many quests and kill many monsters. Seregios, one of the new additions to the Sunbreak DLC, is a flying wyvern. Unlike Lunagaron’s Fanged Wyvern in Monster Hunter Rise, Seregios soars into the sky and attacks players with claws and tail.

With the reintroduction of Seregios to the Monster Hunter franchise, players will have to deal with bleeding damage again. Some of Seregios’ attacks cause players to bleed. During bleeding, players receive additional damage. In past games, players could remove the bleeding status by crouching down, but in the heat of battle, this can be difficult. Seregios uses several powerful attacks, including a Roar that stuns players, Jumping claws from above, Scratching claws, and an attack in which Seregios launches his sharp scales. The most famous technique of Seregios from previous games is the “Claw Forward Jump”, when a Wyvern dives into the sand twice in a row with its claws outstretched, attacking players and potentially causing bleeding. Although the bleeding damage is new to Monster Hunter Rise: Sunbreak, it is not new to the series and triumphantly returns with Seregios.

Related: Monster Hunter Rise: The 10 most difficult battles in the game

To deal with Seregios effectively, players must master evasive maneuvers, equip items to deal with the stun from the Roar, and target his legs to confuse him. Seregios is a large, powerful wyvern that takes full advantage of the open desert to attack players, so the ability to dodge if necessary and exploit Seregios’ weaknesses is the best tactic to defeat this beast.

Tips, tactics and strategies for dealing with Seregios in Monster Hunter Rise: Sunbreak

Since Seregios in Monster Hunter Rise: Sunbreak can attack from all sides, players need to be able to dodge. Players can master a variety of tricks, but the simplest are basic dodging and diving. For Switch players: Dodge by pressing B and moving the left joystick in the right direction. To dive, sheathe any weapon, run in the right direction by pressing R, then dive by pressing B. Monster Hunter PC players: Dodge by pressing the space bar, sheathe your weapon by pressing Shift, and run by holding down the Shift key. It is important to know that using evasion techniques requires stamina, so in any major battle in Monster Hunters Rise, players need to manage the stamina scale as well as health.

Seregios in Monster Hunter has a powerful Roar that stuns players and temporarily stuns them. This can be easily countered with earplugs of level 3 or higher, which will negate the effects of Seregios’ Roar. Earplugs will not stop damage, but will prevent players from being stunned. Other skills that players should consider are those that increase Thunder damage, as Seregios is weakest to Thunder. It’s worth noting that all Wyvern classes are weak to Thunder attacks, so players should equip Monster Hunter Rise weapons, such as the Thunderer’s Greatsword, Longsword, Hammer, Spear or Bow, to deal more damage.

Finally, players must aim at Seregios’ legs, head, and stomach in Monster Hunter Rise: Sunbreak to inflict maximum damage. Since Seregios uses his legs both to attack players and to maneuver in the desert, targeting the legs causes the beast to stumble, making it easier for players to run up to him and attack. There will be several ground attacks where players can run up to Seregios’ feet and attack, so taking advantage here is crucial to defeating the beast.