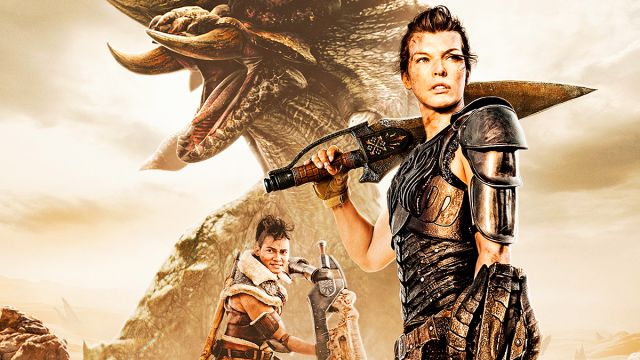 We interviewed actress Milla Jovovich and director Paul W.S. Anderson on the occasion of the new Monster Hunter movie they have worked on.

Alice in Resident Evil, Leeloo in The Fifth Element and now Artemis in the Monster Hunter movie that is about to be released in theaters around the world. All of them (and many others) have something in common: having been played by Milla Jovovich. The Ukrainian is a woman of arms to take and a multifaceted actress with many years of experience behind her who is now embarking on a new film adventure. This adaptation of the Capcom video game to the big screen is in charge of Paul W.S. Anderson, Jovovich’s husband and director of the Resident Evil series, Mortal Kombat, Alien vs. Predator and more tapes.

We have had the privilege of attending a virtual round table in order to interview the couple to tell us more about the Monster Hunter movie, which will finally be released in Spain on January 29 after having suffered several delays.

The world of Monster Hunter on the big screen

It is not easy to transform the concept of a video game to transfer it to a movie and even less if it is a saga with more than 15 years of history. However, Paul W.S. Anderson is considered one of the first directors in the world to embark on the adventure of adapting video games to the big screen, so he already has experience in this area: “I have always taken video games and their creators very seriously. It’s been 26 years since my first movie based on video games and since then I have kept the same idea, while other directors in Hollywood have not started to take video games seriously until recently “.

But why did you choose the Monster Hunter license among all those currently available? To begin with, we can point to the fact that the director already had established ties with Capcom for years on the occasion of the Resident Evil saga, but if we look for a more personal reason we can ask him directly: “What attracted me the most to Monster Hunter since the beginning was his world, settings and creatures. I have to say that in each of the video game adaptations I have made I have been attracted to different things. For example, when I made Mortal Kombat, I wanted to make a great fight movie. With Resident Evil I wanted to convey the original inspirations that the games had from films by John Romero and others ”.

“I played the game for the first time 12 years ago, in Japan, when it was still not very well known in the West and not many installments of the video game series had been released. I was really impressed with the fantastic world they had built, with those epic settings and amazingly designed creatures. From the first moment I felt that this entire universe could be transferred to the cinematographic realm. I’m personally a big fan of movies with great creatures like Jurassic Park or King Kong, so I thought this was a great opportunity to capture Monster Hunter monsters for the first time on the big screen. “