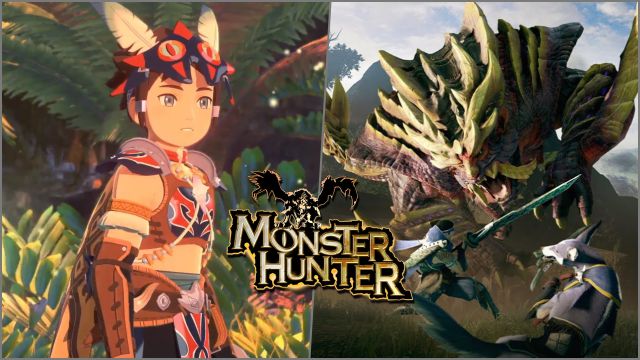 Capcom will hold an event called Monster Hunter Digital Event dedicated to providing new information on both Monster Hunter Rise and Monster Hunter Stories 2: Wings of Ruin for the Nintendo Switch. The Osaka company has planned the broadcast for next Monday, March 8, at 3:00 p.m. (Spanish peninsular time). During the broadcast, news will be offered regarding both projects; but everything will be in Japanese.

The Monster Hunter Digital Event on March 8 can be followed live on the channels enabled by Capcom once the date approaches. But that’s not all, because on March 9, Tuesday, at the same time, we will have a new gameplay of Monster Hunter Rise accompanied by a question and answer session with the director of the work (this time in English; more oriented to the international public). We will also see sequences as a hunting tutorial to present some of the new playable mechanics of the title.

Also, on March 11 at a time to be determined we will have a Monster Hunter Rise Community Live Stream. Soon we will update the information with the links and methods to see the event around the world.

Monster Hunter Rise and Monster Hunter Stories 2: Wings of Ruin are in development exclusively for Nintendo Switch. The first of them is the next great episode in the main series, although far from the line set by World. In this case, Ryozo Tsujimoto’s team is made up of different developers than World ones to offer an experience that knows how to adapt to a portable environment and makes the Generations formula evolve.

We will have a cordopter to reach great heights and interact in more ways with the stage; not to mention other novelties regarding the gameplay, such as the Canyne to speed up travel. It arrives this March 26 exclusively for Nintendo Switch.

On the other hand, Monster Hunter Stories 2: Wings of Ruin will be released this summer as a direct sequel to the celebrated first part, a classic turn-based JPRG with tamer gameplay: we train monsters that can level up and fight turn-based confrontations with different resistances and weaknesses. . It has strong support for the story component and includes some progression mechanics identical to the mother series. It will go on sale this summer.